Review 'On Happiness' at the Wellcome Museum 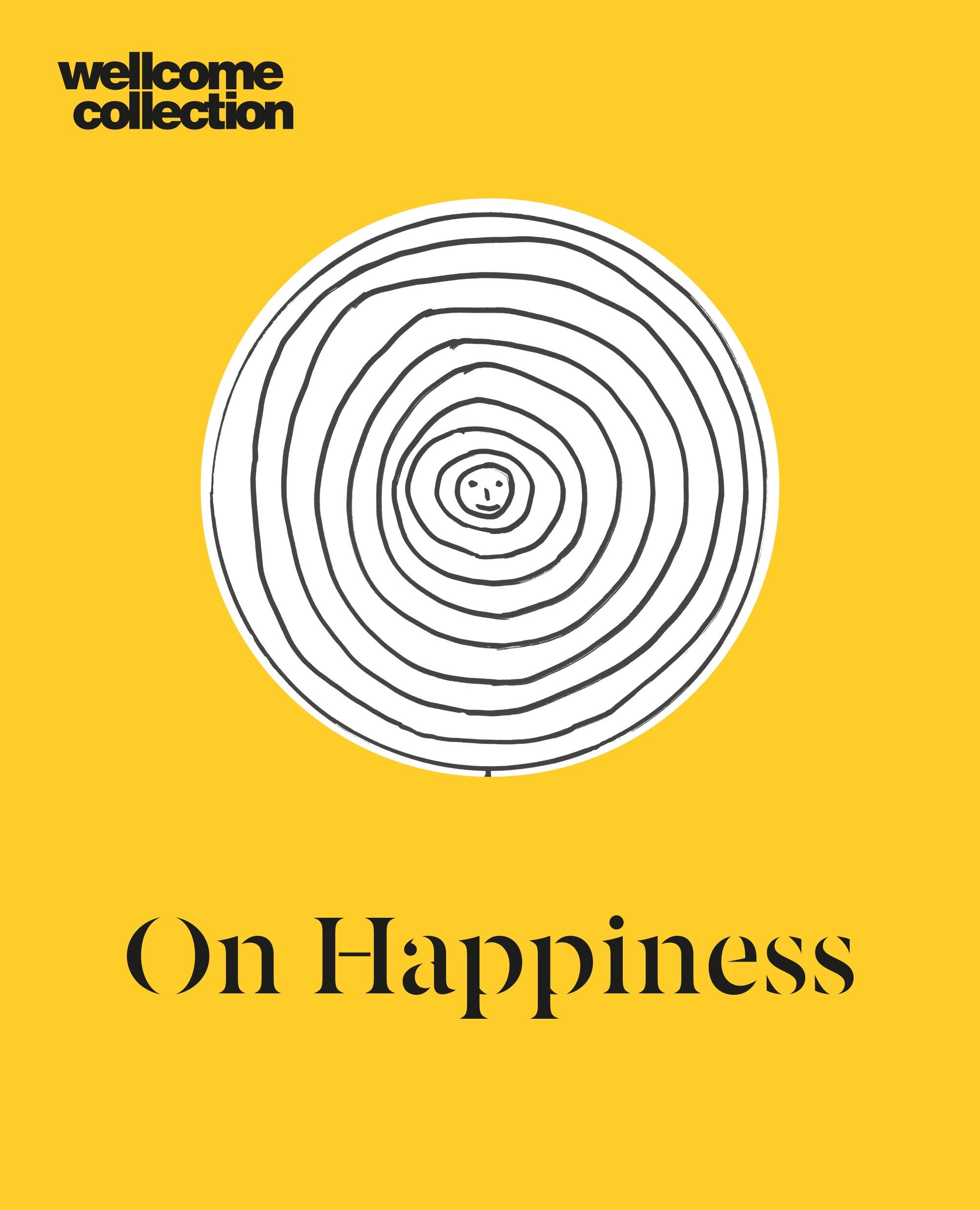 A wise philosopher once said, ‘happiness, happiness, the greatest gift that I possess’ but what is happiness? Where does it come from? Are there ways of living a happier life? I went with all these questions and more to the Wellcome’s exhibition ‘On Happiness’, hugely happy to be going to an exhibition after so long.

The exhibition was split into two parts, ‘tranquillity’ and ‘joy’, I also picked up an audio guide to hear extra details. It started with the interesting reminder that the concept of emotion is a relatively new one and springs from increased scientific ways of conceptualising people that developed in the nineteenth century. Before then, what we know as emotions were known as passions or sensibilities and had a certain moral weight. I’d have liked more about the transition in the relationship between people and their own feelings but it wasn’t really developed.

The first main room in an installation. At first glance it is tranquil, there are people doing yoga projected around, a fake fire burning in a log and a large glowing crystal. Listening to the commentary, however, and the peacefulness is built on exploitation. The yoga takes an Indian tradition but has no time for brown skin, the log represents South American forests being destroyed for incense and the big gem represents the unfair conditions they are mined in. The whole piece is called ‘My Body is a Temple of Gloom’ (great title) and it doesn’t really say anything about tranquility, more about the abuses of the wellness industry.

The next room contained a range of ways people feel tranquil, from meditation, to gardening, to noticing small pleasures, to.. fixing socks? There were also audio clips on the guide about how vitamin d aids happiness. There was also a beautiful almanac, a family medical textbook.. and a picture of a redwood tree. There were definitely interesting things in this section, but they were disparate and didn’t really come together to say much about tranquility. Indeed, the descriptions spent far longer talking about anxiety, and how things like gardening or sunlight can restrain anxiety that it said very little about tranquility at all unless it was to say that anxiety is our natural state and we have to do unusual things (or exploitative things, in terms of the first room) to avoid it and gain tranquility. Personally, I think tranquility is probably a goal in itself and is more important than merely avoiding anxiety. In a position of tranquility we can make better decisions, act kinder and fairer and wiser, which is worthwhile in itself.

The last room was my favourite and was inspired by the Japanese idea of ‘tree-bathing’. There’s research to say that simply being in nature is good for a person’s mental health - which is where I find the whole mental health language so anaemic, hanging around woods is not simply good for mental health, but for the spirit, the soul even. The room had huge photos of forests with nature sounds and (apparently) smells seeping into the room also. It was a very peaceful experience but mainly made me want to get out into some real woods.

The next part of ‘On Happiness’ was about joy. It started with a picture of someone laughing at someone else and the quote ‘Your joy is your sorrow unmasked.’ The first installation showed people in black and white ‘dancing’ but there was no happiness on their faces, the movements looked like they were being told to move and the music was scary more than it was joyful. Far from dancing for joy, it looked like they were being forced into it.

There was another piece by the same artist who tries to smile through the Nat King Cole version of the song ‘Smile’. For one thing, the song is not a song of joy, it’s about smiling though your heart is breaking. For another, the artist can’t maintain his smile through the song and it becomes a frightening grimace. It would seem the artist doesn’t understand the concept of joy.

The next room had a range of things including the fun doodles of David Shrigley. I like his pictures but they have a self-conscious, awkward quality that while making me smile do not summon up the notion of joy. There were pictures of a tarantella, a dance supposed to heal spider bites, not an expression of joy. Indeed, the joy part of the exhibition not only lacked joy but seemed to suck it out. The only joy in the room came from two children running about and playing. Where were the kids games or football celebrations or wedding dances or the birth of a child?

I think the ultimate message of the exhibition was that we are not solitary figures, that happiness requires us to function in society and with nature though I think it rather fudged it.