Odes to the Big City - In the Mood

Because it is easier than writing the bloody thing, I'm making 'Odes to the Big City' banners and taking photos of myself as a poor eighteenth century writer. 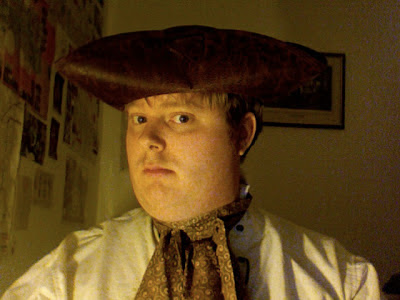 In me gear.. looking a little dashing if I say so myself. 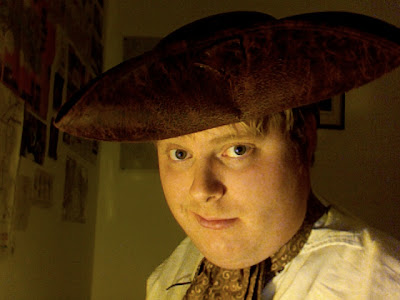 Trying to do a cheeky smile, it's coming out as a strange facial tick. 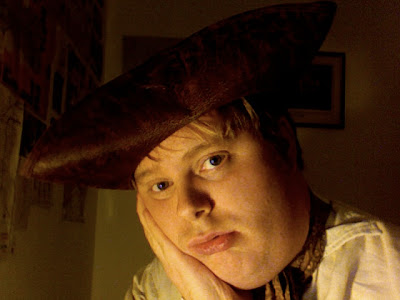 This is me 'writing'. 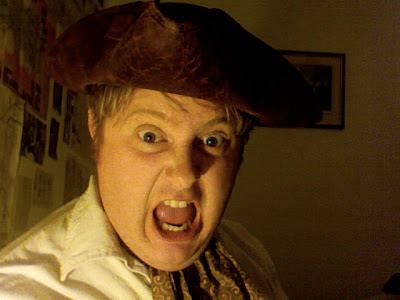 This is me remembering I've left the oven on. 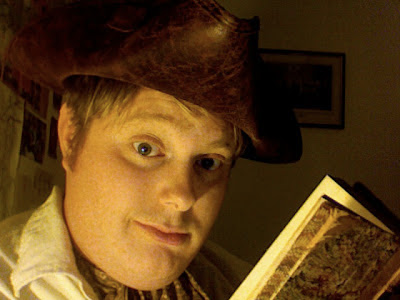 Nearly the picture I wanted. 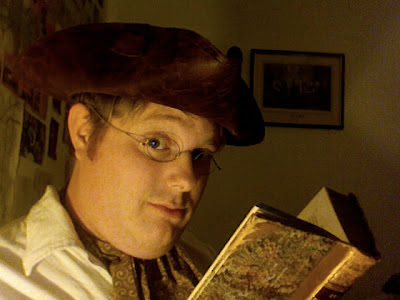 Ah! This is what I was going for. The glasses are not 18th but actually mid 19th, but I think we get away with them. The book is a copy of The Spectator from 1805.

And now, my banner.

I should really be getting on writing the thing. I also have a Rubaiyat review and a bunch of stuff on Christopher Smart.

In the future then. 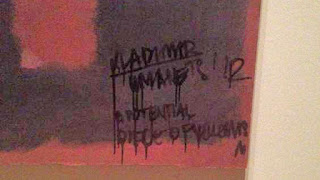 Give the doughnut who defaced the Rothko some credit, he had me looking up his website. Give his website a little credit also, it had me thinking about the visual and conceptual arts. However, I quickly concluded that I like books more.

If you don’t know what I am blathering about, the other day a man called Vladimir Umanets wrote his name, the year and the phrase ‘a potential piece of yellowism’ on a painting in the Tate Modern. He claimed it was part of his movement ‘yellowism’.

Having read the yellowism manifesto on his website, I boiled it down to the following points.

I’d agree, mostly pretentious wankery of the first degree but I did find it interesting in how it revealed a big difference between books and art.

In art the object itself is important. A print on the wall is not the same thing as a Van Goch. People come all around the world to see the art in the Tate Modern, including the Rothkos. Yellowism, as far as I can see, abstracts this further. Merely seeing something in a yellow chamber makes the object yellowist, so the act of putting a piece in a gallery and calling it art makes it art.

Whereas a piece of art consists of the paint and the canvas, a book does not consist of the ink and the paper, but the words.

It is impossible to deface the work of a novelist as the Rothko was defaced. Deface one copy of a novelist’s work and hundreds exist still. If book burner’s went burning, the chance of a copy surviving would be large but were the Rothko burnt, it would be no more. This is the joy of books and words, come the age of the e-book, and the words will still survive.

Lastly, there could never be a yellowist movement for books and novelists. As long as writers concentrate on story or argument or point, those words could never become so self-reflexive as art. Not even a book like Tristram Shandy, which makes a virtue of curling into itself (and away) becomes something which is not quite itself. Similarly, as the object itself is not a huge issue and the seeing of it not a thing in itself, yellowism would be impossible.

Which is a relief.

Just as a postscript to the Ben Nevis thing, I am not the first person to write about going up there. Among my predecessors was John Keats, a sickly man who probably leapt up there with the speed of a whippet.

Evidently it was misty then to, because he wrote this poem. 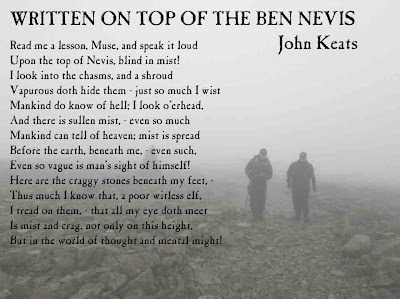