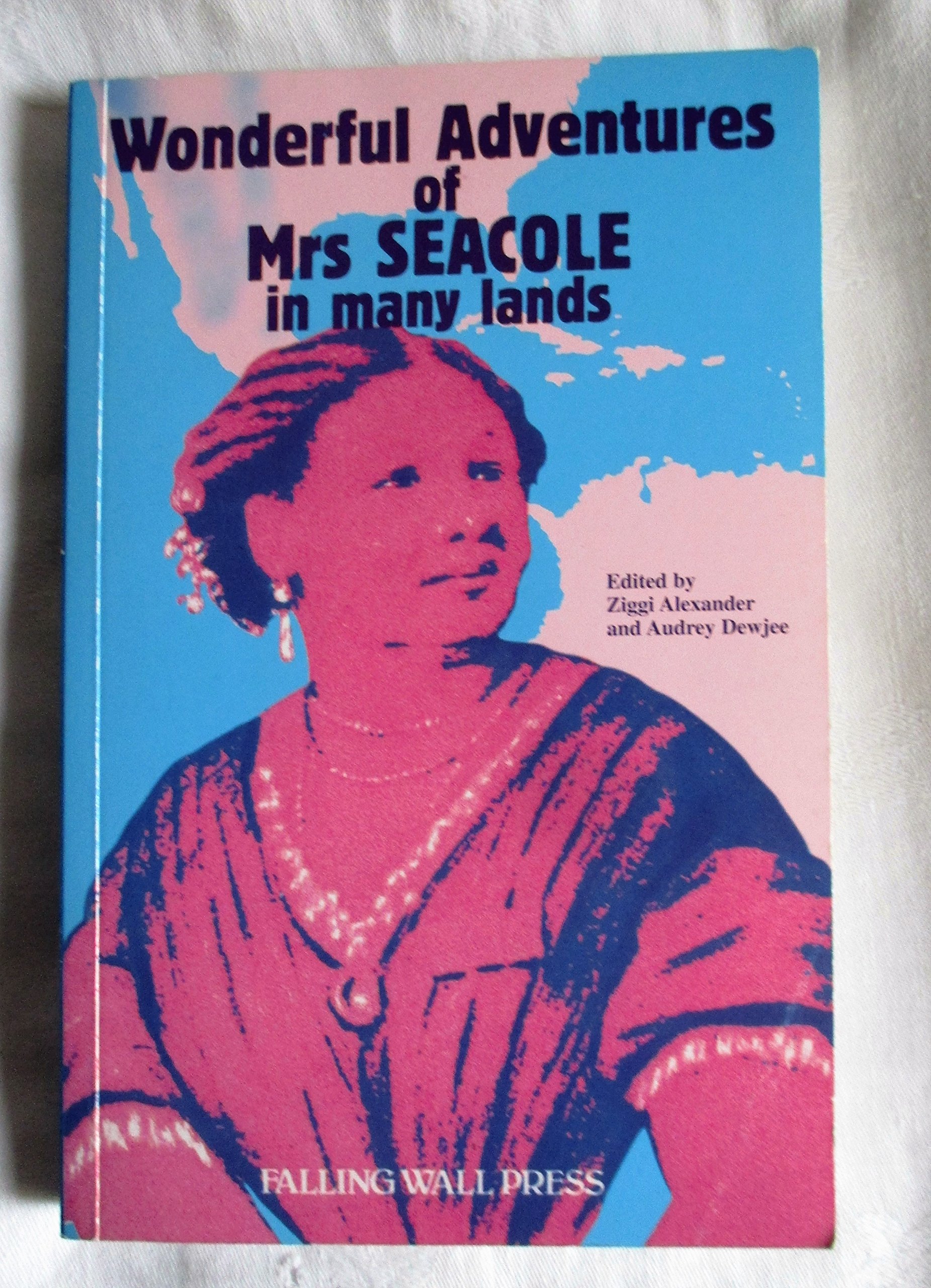 Mary Seacole is buried down the road from me and a famous figure in the area so when I found she’d written a book I was interested in picking it up. I was also pleased how Wonderful Adventures of Mary Seacole in other Lands has echos of Gulliver’s Travels.

Apparently there was some debate over whether this book was ghost written or not, if it was the ghost writer would have stuck very close to her narrative because this book has such a strong, individual voice to it, and very much the kind of voice that someone would have if they did the things Mary Seacole did. It’s tough and folksy, with a strong optimistic streak tempered by a will of iron. Mary believes that “We were born to be happy” but is fully aware of the obstacles to that and wants to do what she can to alleviate them.

Born in Jamaica to a Jamaican mother and Scottish father, Mary Seacole would have considered it rather presumptuous to be grouped into black history as she saw herself as ‘that yellow woman’. There was a Jamaican tradition of hotel/club/shop/hospital run by women with traditional healing methods and Mary grew up in it, her dolly being her first and most suffering patient. She took this tradition, first to towns in Panama thrown up during the Gold Rush, then outside Sebastopol during the Crimean War.

Although famous for her work in the Crimea, the sections of this book dealing with her running a ‘hotel’ in Panama are possibly more entertaining. She talks about the difficulty of her journey, that her dress got all ‘clayey’, that when she arrived at her brother’s place and he had nowhere private for her, she was grumpy and made her own bed under a table. She talks about how the porters ‘had not neglected the glorious opportunity to rob a woman’ and how porters and lawyers were thieves everywhere. She describes how she got a cheap rent on a run down shack with no roof, which she describes as ‘a charming residence - very openly situated and well ventilated’. Her voice is funny, colloquial and a tad sarcastic and she makes brilliant company.

When it comes to the usual mainstay of books about ‘other lands’, geographical description, she calls it, ‘information uninteresting enough, I have little doubt, to all but few of my readers.’ Instead she talks about scaring away a thief by pretending to prime a non-working gun with coffee powder, or about how she stole the body of a dead orphan to dissect and learn more about the medical arts than she already did. Another source of amusement is her characterisation of Americans as dirty, rude, spitting, pretentious thieves. She admits she’s prejudiced against Americans but only because most of the ones she’s met were vile and because they still held people who looked some-what like her as slaves.

Then we get to the Crimea. Mary Seacole tried to get through legitimate means, but Florence Nightingale’s agents turned her down so she gathered investors and set off by herself. It was probably a good thing, for both her and the soldiers on the front. Mary Seacole had a years of experience and a personality disinclined to take instruction, she and Nightingale would not have made happy colleagues although they did get on when they met. It also meant that Seacole could set up her British Hotel closer to the front lines, providing more direct medical aid and a source of comfort and dignity. A lot of the work of the hotel was providing home comforts, and she was very proud of her sponge cakes and rice pudding particularly.

Thieves were again a problem, the Zouaves, professional French soldiers, were known as being fierce in battle and light-fingered when not fighting. They were large, red pantaloons which served as very useful shoplifting aids, with one Zouave managing to take a whole cooked chicken. One time, Mary Seacole got hold of a pig and everyone was looking forward to some pork and pre-ordering the cuts they were after. Then someone stole the pig and she sent ‘her boys’ out with the words;

“Go my sons and save my bacon!”

There seems to have almost been a Muppet Show vibe to Seacole’s British Hotel, a fun and ramshackle club with lots of laughter and chaos. It wasn’t all fun and games though, Mary Seacole also went out into the front line with bags of sandwiches and bandages to help as she could. When Sevastopol finally fell, she found herself the first woman in the captured city, again with her bag of sandwiches and bandages, occasionally needing to duck from shots from the last of the Russian defenders. One of the first things she saw, was a group of English soldiers who had looted a house of women’s clothes and were wandering around in drag - of course. The Hotel kept going as the camp broke up until she had a building full of stock but no one to buy it. In the end she had to sell what she had at a massive loss and returned to England bankrupt, where she wrote the book. There is an element in the book of Seacole justifying her actions, especially the fact that she charged for her services at the British Hotel. She was loved though and by the time she died she was a revered and comfortable figure.

I don’t think Mary Seacole is unfairly forgotten, she may have been of more practical benefit in the Crimea but she took her fame and used it to set up a massage business and live a comfortable life amongst friends - which is a very good thing to do but does mean her significance was to those alive at the time and faded as those people died. If anything, her being mixed race has not made her unfairly forgotten by history but has encouraged her remembrance where she may not have been after all. Which is not to denigrate Mary Seacole in any way, she was an amazing woman with an amazing story and she tells it in an entertaining and forthright voice.