Letters Written in Sweden, Norway and Denmark by Mary Wollstonecraft at the Dr Johnson Reading Circle 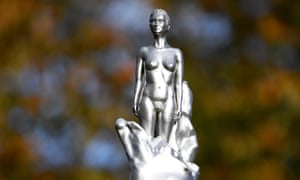 Tuesday 10th November 2020 was a big day for Mary Wollstonecraft, author of A Vindication of the Rights of Women. It not only was it the day on which was unveiled a statue erected to commemorate her at Newington Green, but more importantly, it was the day was appointed for Dr Johnson’s Reading Circle to discuss the most popular of her works, Letters Written During a Short Residence in Sweden, Norway and Denmark. William Godwin, her future husband, would say of it, ‘If ever there was a book calculated to make a man in love with its author, this appears to me to be the book.’ Would it charm the grizzled online attendees of Dr Johnson’s Reading Circle?

Located very late in ‘our’ period, Mary Wollstonecraft has one foot firmly in the earlier ‘rational’ culture but another in the brewing maelstrom of Romanticism and this ambivalence is reflected in the book. It combines passages, some arguably purple, about the beauty of the Scandinavian landscapes with thoughtful assessment of land-use and its practical impact on the societies she travels through.

Like Johnson exploring the Western Isles of Scotland, Wollstonecraft was travelling a landscape without an established travel itinerary. But unlike him, she was not travelling with a sociable native. She was either entirely alone, or had only her two-year-old daughter and her nursemaid for company. Nor did she know anything of Scandinavian languages. As Johnson travelled further away from Edinburgh, it was through a country perceived as still rising from barbarism. Similarly, Wollstonecraft traced a route from the relatively civilized to the still barbarous as she travelled from Sweden into Norway, furthest away from ruling Denmark. However, where a lack of trees prompted Johnson’s snark about the value of wood and a range of practical ideas on how to encourage tree growth, the stark rocks of Norway impact Wollstonecraft in a different way. Her response is an strongly emotional one, particularly when she arrives at a claustrophobic town penned in by looming cliffs: to her it seemed like a prison. When she travels further inland and into a forest, she too reflects on the usefulness of wood as a commodity and on the encroachments and improvements of farming. But unlike Johnson, she also reflects on the beauty of the light through the leaves and the calming effect of nature on her soul.

These passages show a deep emotional engagement with the natural world where she notes that the ‘rocks aspiring towards the heaven’ succeed in ‘shutting our sorrow’ and allow peace to ‘steal along the lake to calm my bosom.’ Later Mary Shelley, her younger daughter, when touring Switzerland, would read aloud from the book to her husband, Percy Shelley. Wollstonecraft’s book inspired other Romantics. Surely her description of a huge waterfall inspired Coleridge’s ‘chasm, with ceaseless turmoil seething’ in ‘Kubla Khan’? Another of Coleridge’s poems, ‘Frost at Midnight’, seems to draw strongly on Wollstonecraft’s vision in depicting the poet as parent, lost in ‘abstruser musings’ by the fireside on a wintry night. Wollstonecraft had described a similar night in Letters Written in Sweden, Norway and Denmark in which she ‘contemplated, fearless of idle questions, a night such as which I had never before seen or felt to charm the senses or to calm the heart.’ In Coleridge’s poem, he too is soothed by the peaceful presence of child sleeping in a cot beside him, and on the peaceful calm outside:

'Tis calm indeed! so calm, that it disturbs

And vexes meditation with its strange

However, Wollstonecraft’s travels engage her analytical mind as much as her sentiments. She had been caught in the whirlwind of the French Revolution. This book finds her at a moment balanced finely between hope and fear. She frequently speaks of her hopes for the future, her belief that the world is improvable and improving, yet she finds greater freedoms in the places further removed from these improvements. When she contemplates Copenhagen, not looking its best after a terrible fire, she sees a decayed society ready for revolution and deplores the selfish nature of those trying to save their own houses from being pulled down and letting the fire rage out of control. At the end of her journey, when she travels to Hamburg, she finds a city where the deposed aristocracy of France are attempting to build businesses among the already established merchants of the city. What should be a place where ideas trade as freely as commodities, she finds a narrow-minded, money-grubbing smallness of vision where a love of wealth displaces a love of people.

There’s also a vulnerability about Wollstonecraft that is exposed by her recently becoming a mother. She had strongly advocated female education in Vindication of the Rights of Women, arguing that if women were weaker it was only because they had been trained to be so. Now a mother herself, she doubts her ability to raise and educate her daughter. But it is less self-doubt, but a questioning of whether the world is ready to accommodate a woman equipped with an education that would allow her to show her full talents. Yet as she fears for the world her daughter will inherit, she maintains a hope that the world can be made better.

The book, for all its beauty and hope is followed by a dark shadow. Wollstonecraft did not make the trip as a mere jolly: she went to contract business for her lover, the father of her daughter, Gilbert Imlay. The relationship, kindled in revolutionary Paris, had begun to disintegrate: mere weeks before she left on the journey, she had tried to kill herself with laudanum. Shortly after returning, she was to make another attempt at ending her life, throwing herself off Putney Bridge. There are times in Letters Written in Sweden, Norway and Denmark where she admits to a profound melancholy. The word itself appears many times in the book and suggests a suffering that is in some way beautiful. But her private letters to Imlay (when she tends to talk of depression rather than melancholy) betray a far bleaker sense of hopelessness and despair. Yet the book isn’t weighted down by this sadness, there’s a notion of healing through nature. This seems strangely apt for us reading the book in yet another period of lockdown, when walking through parks is one of few permitted recreations. There are moments of peace, joy and hope for the future which burst out of the book, all the more powerful for the dark place they spring from.

Letters Written in Sweden, Norway and Denmark inspired a lot of conversation in the group. Among other subjects we discussed methodism and wondered if Lutheranism, with its happy Sundays, was a comparatively less dour form of Protestantism. We also considered the shades of meaning covered by the word ‘tolerable’ and the ever-so-slightly different etymologies of ‘innoxious’ and ‘innocuous’ (broadly with the same meaning but the second starting life in zoology).

There was also discussion of the new statue.

The Mary on the Green campaign has campaigned and raised money for a statue dedicated to Mary Wollstonecraft on Newington Green for the past decade. In 2018, the two shortlisted designs were announced: a traditional depiction of Mary in bonnet and frock with a pile of books and a quill to be cast in bronze by Martin Jennings, and Maggi Hambling’s silvered naked woman emerging from a wave of feminine forms, described as a statue for Mary, not of her. Hambling’s design was chosen, and perhaps unsurprisingly has provoked instant controversy: some of us remember the early reactions to ‘The Scallop’ on Aldeburgh beach, her commemoration of Benjamin Britten, now much loved. The general mood of the group, none of us having yet gone to see it, was that if the statue was striking, controversial and deserving of comment and debate, which would seem to make it fit Mary Wollstonecraft quite admirably.