Review: On Murder as Considered one of the Fine Arts by Thomas de Quincey 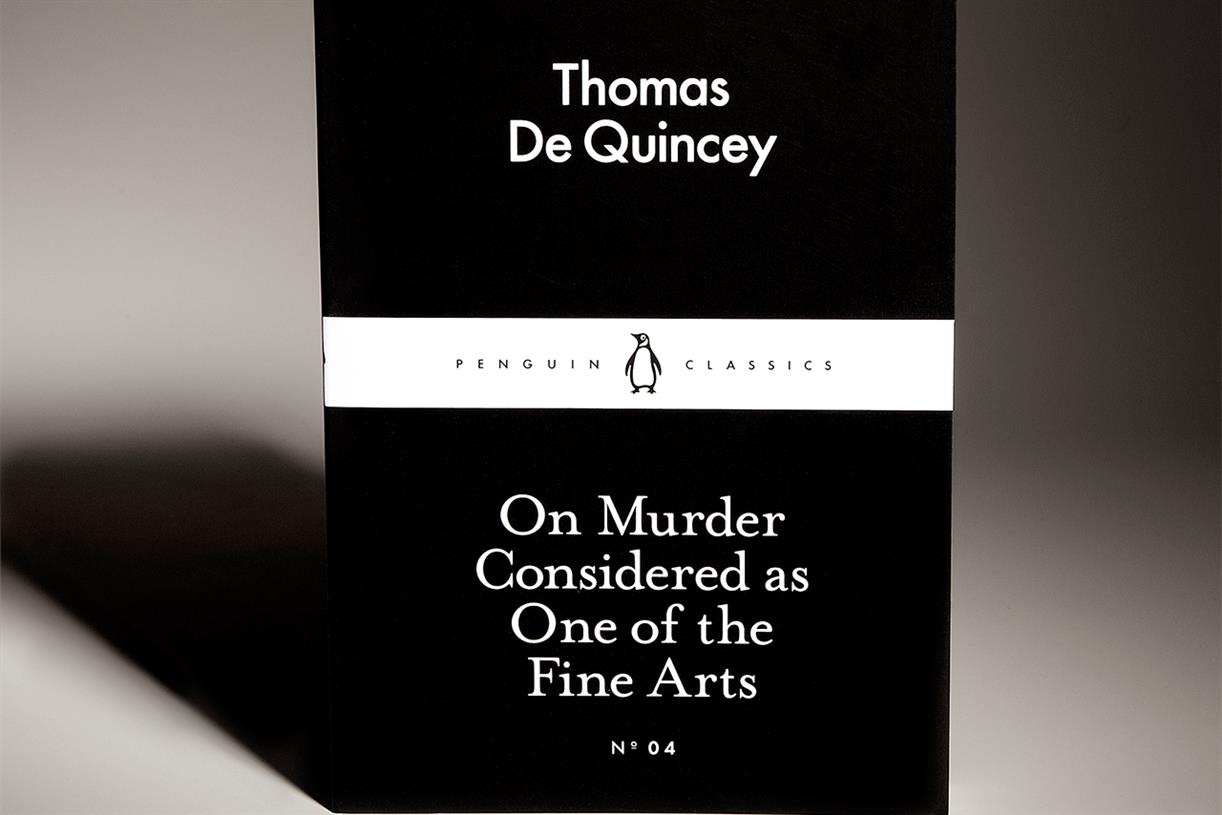 I first read De Quincey in his Confessions of an English Opium Eater, finding him the quintessence of every drug bore I’ve ever met and was happily prepared to spend no more time with him. However, I had been very intrigued by this essay, it having been mentioned in a documentary about murder literature and featuring very prominently in Dan Leno and the Limehouse Golem. Finding a copy of it for free in a book-swap and needing to stand in a very long breadline with nothing else to read, I started this.

At first, I was glad I did. I very much enjoyed the introduction to this ‘lecture’ about the aesthetics of murder. I liked the image of Samuel Taylor Coleridge setting out to ‘enjoy’ a good fire and the gags about his weight. I was also charmed by the idea of the doctor who can declare ulcers ‘beautiful’ but still makes war against them ‘without suffering himself to be seduced by their charms’.

Then the lecture itself starts. The idea is solid, that there could be a dispassionate way to view and rate murder and so id the humourous potential of people who saw it such being tempted to create their own ‘art’ but it doesn’t much land. He doesn’t particularly lean into the two interesting ideas in the essay. He sounds like a cut price Montaigne, lots of anecdotal classical detail to illustrate a point that has rather got lost somewhere.

The run about philosophers nearly getting killed was almost funny, but having a BA in philosophy, I thought it sad that the philosophers weren’t quite dead enough.

Oh, and I liked the gag about cat murder.