Review: 'Something New' by Automathes (again) 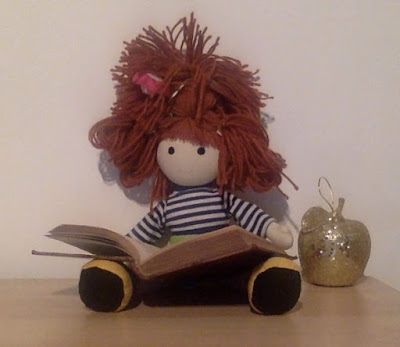 ‘Something New’ was one of my most interesting discoveries last year. It was an odd collection of miscellaneous essays with an emphasis on miscellany, containing odd in-jokes and references to other forgotten works and a tone that could never quite be determined. It didn’t help my confusion that I had picked up the second volume, I knew the first volume would have to come my way eventually.

It took less than half an hour to find a digital copy of the first volume, which sat on my e-reader while I got on with other things. Maybe there was a part of me that new the delicious oddness of the book might be lessened by reading the beginning but I was reluctant to pick it up for a while. When I did, I immersed myself right back in Automathes slightly slippery but comforting presence.

The preface was very him, a selection of quotes from a different preface that would do the job as well as he could - a very effective way of being paid by the word. The quotes mainly deal with what a brilliant and modern thing miscellaneous essays are for managing not to talk about the serious and unserious altogether. (It also revealed that the essays had been a column before becoming a book). Unfortunately, there were several pages of the preface missing from my e-copy, so I don’t know what the conclusion was eventually.

The first essay was about a man who can’t help making odd little comments on everything he sees, from laughing chimneysweeps to proud prostitutes. The next essays carried on in a (I now realised, typical) bundle of subjects from the English character to suicide. His thoughts on suicide are very peculiar, he asks; “why would any man commit suicide instead of tickling himself?” and I really can’t understand why he thinks tickling is the only other option when depressed.

We find out more about Automathes himself in this volume. He was born in Wrexham, he’s physically clumsy and he’s been in debt more times than he has been in love. We are also told that he learnt to read by looking at scraps of paper used in a barber’s shop for curlers and that he wished he’s learnt how to dress hair instead as there is more money to be got from looking after the outside of people’s ‘noddles’ to the inside. We hear some of his opinions on literature, that he enjoys novels and prefers a flawed hero like Tom Jones to a perfect one like Charles Grandison.

There’s an essay where he talks about the things he has learnt in his life. He feels that childhood, family and habit form us rather than any destiny, that all suffering should be lamented even if the person was horrid, that gifts should never be given with expectation of reward and that “Reading is the food, conversation the exercise, and contemplation the physic, of the mind.” One of the most provocative things he said in this section was, “What a wretched place a happy man is placed in! Having nothing more to gain and everything to lose!”

Finally, we learn that he is particularly attracted to red-heads, especially those with poor posture because he agrees with Hogarth that ‘the line of beauty is a curve’. As usual, I don’t know exactly how seriously to take him.

There is the beginning of the story ‘Indiana’, which was such an anticlimax in the second volume. Here, the story is begin very briefly before being left off for another topic. What’s odd, is that all the stuff about the ‘chain of thought’ and his insistence that each essay should be something new and not connected with the last, ideas that held the second volume together, are not even mentioned. Though the essays do contain a sort of precursor to that. He mentions several times how much he enjoys being free to write as he wishes, declaring that “I shall now, and throughout, present you with my thoughts, just as they may happen to fortuitously rise into my mind, without thought or connection.” He takes a real joy in wandering his own mind.

The main topic for essays in the second volume is the mysterious ‘Tri-Juncta’ and their peculiar magic/scientific powers, something which turned out to be advertising for another book. In this volume there are a string of essays arguing against atheism where Automathes comes across a little like the know-it-all in a pub and things got a little boring.

The ironic thing was, reading the first volume of ‘Something New’ after reading the first volume of ‘Something New’, it no longer felt like something new. I had been so captured by the strangeness of the second volume that I had been charmed. This volume is not as strange, people can’t will themselves to sleep of stop people’s hurts by wishing, a lot of it sounds like an oldish man haranguing young people about his accumulated wisdom. Yet, there is something in Automathes delight in his own ability to think, and in this ability in everyone, that though he bored me a little, I still like him.

And I still can’t tell when he’s being serious and when he’s joking.