Prior to a trip to Bath, I wanted to find out a little about how the eighteenth spa town grew and was particularly interested in Richard ‘Beau’ Nash, the Master of Ceremonies (and was succeeded by Samuel Derrick, one of the main people in Hallie Rubenhold’s ‘The Covent Garden Ladies). 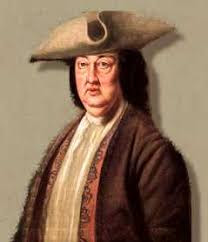 Lucky for me, Oliver Goldsmith wrote a biography in 1762, a year after Nash died. As with most Goldsmith works, it came out to slightly snide reviews that stated that the author was a talent but was wasting it on subjects beneath him. More recent biographers have all made the link between this book and Samuel Johnson’s ‘Biography of Savage’ and some writers have declared it an important link in the development of modern biography. Norma Clarke’s ‘Brothers of the Quill’ talks a lot about the friendship between Goldsmith and Nash’s successor, Derrick. Robert Hopkins in ‘The True Genius of Oliver Goldsmith’ thinks it’s a masterpiece of satire and an important step towards ‘The Vicar of Wakefield’ - but of course he does, if Goldsmith sneezed, he say the same thing. I love Robert Hopkins, and think he often has a point but he does go too far sometimes.

There is a good case to make that this biography has a satirical element to it though, I certainly laughed a number of times. Though I think that the laughter is less to do with poking fun at Nash and exposing the emptiness of high society as it is with putting the reader on Nash’s side and getting us to like him for all his foibles.

Richard Nash was born in Wales to a middle-class family and went to Oxford, where he discovered a talent for romantic intrigue and cards more than study. Going off to London, he joined the army where he ‘dressed to the edge of his finances’ and enjoyed lounging about London parks looking spiffy rather than anything of a more martial bent. Next he took up in Middle Temple where he organised a pageant for King William which the King was flattered enough to offer a knightship to Nash, who turned it down, not having the money to pull off the title. He discovered a knack for cards and found himself in Bath for the gaming.

At the time, the city was beginning to make a name for itself as a spa destination but it was when Nash was made Master of Ceremonies that it started getting the reputation as a fashionable destination. He organised fashionable entertainments, promoted and organised buildings suitable to them, raised money for a grand hospital and helped to create Bath that exists today. All the while, he made a precarious living off cards which eventually declined. He declared that he would write a biography of his life, which he never really started. To most people, this work was a threat to tell secrets and many noble families subscribed far more than they needed to keep him quiet. He died, nearly 90 years old and had a huge funeral.

Nash’s is not the easiest life for an eighteenth biographer, the public were more used to biographies of saintly people, warlike leaders or great thinkers - biographies that were intended to celebrate the great and inspire the readers. Beau Nash seems sort of silly in comparison. He was a slightly shifty wannabe in a stupid white hat who pompously busied about making sure people didn’t wear boots in the ballroom. As an old man, Goldsmith paints the picture of a cringeworthy Hugh Hefner-esque character, wandering around and slobbering on the shoulders of pretty women. The book re-enforces the fact that Nash was a man of little talent, puffing up his little authority in a little kingdom - but I think Goldsmith makes that the point although he’s a silly man and he represents a silly culture but silliness is not evilness and if people can be silly but polite, they may manage to grow wisdom to match that politeness.

While there is a satirical reflection on the upper-crust for taking their social cues from a busybody with shady connections to gambling, it’s more a celebration of what a foolish, weak person can do with the talent they have. He was an important part in Bath’s development, he gave his own (and plenty of other people’s) money for projects that have made the city a UNESCO world heritage site, he banned swords and duals and he set a standard of behaviour - a standard that may have been too concerned with correct dress and address, but a standard nonetheless.

Goldsmith shows Beau Nash being both generous and stupid at the same time. He has a number of stories where Nash gives money to those who spend it foolishly, come back for more and are given more. When he had money, Richard Nash was generous and not particularly wise in his charity and Goldsmith, the creator of the incomparably foolish and generous Beau Tibbs in ‘The Citizen of the World’ has a slightly wry respect for that.

He gives some examples of the extreme flattery offered to Beau Nash, poems and dedications to his wisdom and generosity. My favourite was the dedication from an imprisoned con artist which served as a handbook on how to grift. Nash was obeyed by royalty, Princess Amelia, considered a tearaway in a family that included the future George IV, meekly accepted when he removed her white apron. To be admitted in the best parties in Bath was to go through Nash, so the great and good had to accept his authority. Naturally this lead him to being pompous and affected, as Goldsmith points out, even a strong mind could buckle under such power and Nash’s was never all that strong.

Nash is a gambler, but he warns people away from hard players and exposes tricks such as loaded dice. He set himself up as a part owner in (essentially) casinos but is tricked out of the winnings by his unscrupulous partners. Even the possible blackmail of his memoirs is waved aside by Goldsmith’s supposition that Nash was too public I man to have any deep secrets, and who is interested in the love lives of our grandmothers anyway? 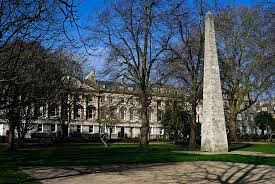 My favourite story was the one of Nash deciding to put a massive granite spike in the middle of the new Queen Square as a thanks to Prince Frederick, the figurehead of the Patriot Whigs, who had a big influence in Bath. Nash asked Alexander Pope (presumably through mutual friend, Ralph Allen AKA Squire Allworthy) to write the dedication. Pope repeatedly said that dedications were not really his thing but Nash insisted and paid him well over the odds to do it, so Pope wrote this piece of immortal literature…
"In memory of honours conferred and in gratitude for benefits bestowed in this city by His Royal Highness Frederick Prince of Wales and his royal consort in the year MDCCXXXVIII This obelisk erected by Richard Nash esq”

And that sums up Nash for me, he had the ability to mobilise the most talented people of a talented age and that was his sole talent but such people are needed sometimes.