Review: The Craft of Fiction by Percy Lubbock 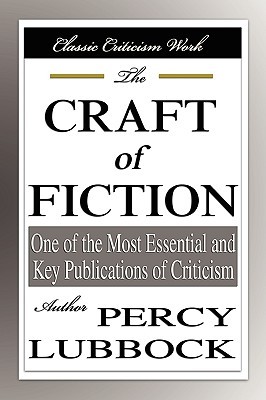 This book appealed to me because of the title, ‘The Craft of Fiction’. I have always been convinced that novel writing is a craft rather than an art because a novel is a functional object designed to convey story and characters to the readers.

The first chapter was a fascinating look at the problems of critiquing a novel because;  “As quickly as we read, it (the novel) melts and shifts in the memory.” We read a novel in instalments, experiencing it as a moving stream of impressions. This means that the structure of the book can’t be held in the brain by itself the way a picture or sculpture can and although we have a sense of character and structure, there is nothing properly solid to analyse.

What’s more; the language of literary criticism is the same one we use for other arts and don’t properly fit the written word as well. The aim of the book is to try and give the critic or informed reader a way to analyse structure and the language to do it with.

The next chapter was a little more about the relationship between reader and writer. Because an author can’t  “transfer his book like a bubble into the brain of a critic,” it is up to the reader to piece the book back together again. Luckily, the ability to do this is hard-wired into us and we use these faculties all day long to process our impressions of the day into meaningful content.

“The novel asks for no other equipment in its readers than this common gift, used instinctively as the power of breathing by which we turn flat impressions in out senses into solid shapes.” A good reader is someone who manages to do this with detail and precision so a reader must take some responsibility for the enjoyment of a book. The author’s responsibility is to give all the information to aid this process as easy as possible.

Great books are distinguished by the skill of the author to lead the reader as clearly and accurately as possible. “The well-made book is the book in which the subject and the form coincide and are indistinguishable.” I would personally agree with this statement wholly, a book as painfully digressive as ‘Tristram Shandy’ works because the characters are interesting but also because the subject of the book is the digressive nature inherent in life. According to Lubbock, a book’s theme can usually be expressed in no more than ten words.

As much as I agreed with much of this analysis, I did find it interesting that Lubbock never notes how a novel is written in piecemeal as much as it is read that way. To only be concerned with the piecemeal nature of reading seems to miss an important part of the novel’s crafting, often taking a period of months and years.

The book then looks at various books, including ‘War and Peace’ and ‘Madame Bovary’. From his point of view, ‘War and Peace’ is not as good as it could have been as it has two conflicting themes, although he was full of praise for the novel, he paints a picture of a tighter, stronger novel that focuses on one theme. In “Madame Bovary’, Flaubert paints most of the book from Emma’s perspective but needs to pull back slightly at time as Emma and all the other characters lack the perspicacity to fully grasp what is happening.

Most of the rest of the book takes the issue of point of view. He takes great issue with an omniscient author, as the introduction of a storytelling character causes the reader to question how the narrator knows the story and to remove the reader from it. He says that an omniscient author needs ‘charm and genius’ to pull the trick off, to be such a captivating teller that problems of veracity are ignored.

Much more successful, to Lubbock, is the use of a more direct way of telling. “In one case, the reader faces the storyteller and listens to him, in the other he turns towards the story and watches it.” A first-person perspective gives veracity and immediacy to a story but can often obscure the central character as there is no one to describe them solidly. He goes through different methods of fudging and manipulating point of view, describing the different ways authors have done so.

He alights upon Henry James as the ultimate hero of point of view - at this point the book becomes a true Henry James love-in. I have a little problem with this as I have never been able to read a page of Henry James without feeling inescapably sleepy. The special trick of James, as Lubbock sees it, is the enactment of the drama of inward thought, as opposed to simple reportage.

This is the best point of view, as Lubbock sees it, because it gives the strength and veracity of first person but allows them to give a view of the character also. He also sees this to be the best method as it unites his other obsession, the need for authors to show, which he calls ‘picture’, and show, which he calls ‘drama’. A skilled author weaves between the two and he sees Henry James’s method as the most dextrous way to do it.

The struggle between showing and telling comes about because telling is the main method a novelist is given that other narrative forms don’t. As such a novelist can include multiple viewpoints and great swathes of action. The price of this is that telling loses intensity. It’s up to a writer to dramatise great moments in scenes, to choose them and pay them off. However, telling is needed to set them up and often to pay them off. Again, Lubbock sees that Henry James is the most subtle of writers, being able to use his point of view to bring the intensity of drama to the vagueness of thought.

This is a book which I immediately got on board with, but as he went into his details of point of view and showing/telling, he seemed to have another goal in mind, to venerate Henry James. This ultimately lost me.

That said, I am having great difficulty with the novel I am currently writing. I think the characters are okay, the plot and themes are fascinating but the storytelling keeps coming out flat. It revealed to me that the problem with the novel is one of point of view and if I can just get a hold of the right one then I can make the book sing again. I might even submit myself to Henry James.