This book was one of the big literary sensations of its time, flinging an obscure Yorkshire vicar into the bitchy limelight of London literature. Nowadays it is a book more referenced than read, a strange arcane joke laughed at by people long dead. 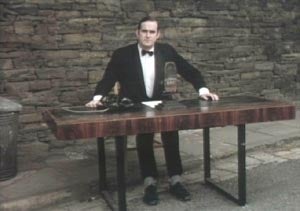 And now for something completely different.
But now for something completely different. When the Monty Python group were sitting around and trying to work out the structure of their new sketch show, they decided that the punchline often let down a sketch and that they should have a show consisting of middles of sketches that drift, lurch and shift into each other with only the vaguest of connections. It was nothing new, Larry Sterne was doing that in this book a few hundred years before. Don’t pick up this book expecting a strong plot or tension, the reader needs to just run with it and enjoy each moment as it comes, which is pretty much Sterne’s opinion on living life.

I read this version, which was clear but, like Mozart had too many notes.
Tristram Shandy is dying after living a very disappointing life, he decides to write down his life and opinions, largely to make excuses for why things did not turn out as they should have. His first excuse was that his Dad was not concentrating enough during his conception; the second is that his nose was broken at birth; his third was his being given the name Tristram and the fourth was his being unwittingly circumcised as a four year old when a window fell on him. These may not seem like sensible excuses, but they all make sense because they are all deviations from the grand plan organised for him by Walter, his father.

Walter is a very interesting character, a man who uses reason and clear logic to support and conceive ideas much nuttier than anything he could have created out of nowhere. He is so keen on concocting the best ever syllabus for his young son that the boy grows up not being taught anything. He loves his wife and he loves his son but he is so selfishly devoted to his own whims and hobbyhorses that he can’t properly show his love. Walter loves and relentlessly teases his younger brother, Toby.

Toby is the finest, most loveable character I have found in all fiction. He’s an ex-soldier who had a flying piece of masonry crush his groin during the Siege of Namur and is now obsessed with the science of fortification. Either the blow affected his mind, or Toby was never the sharpest pike in the pack but he is not all that clever, he knows nothing about social life or the opposite sex and so he is naturally the one who falls in love. Despite being a strong and obsessive warrior, obsessive enough to re-enact town fortifications on the bowling lawn, Toby is so soft and gentle and literally would not hurt a fly.
I ended up falling head over heels for the guy to be honest.

Toby has an accomplice, a man known as Trim, a sentimental corporal with a fondness for oration. He assists Toby in all of his hobbyhorses and loves him completely and Toby loves Trim back - it’s a love forged by war injury and carried into civilian life. Trim manages to make a whole group of people cry just by dropping his hat in illustration of death.

There are lots of other characters, Obadiah the manservant who loves whistling; Susannah the ditzy maid; the Widow Wadman, so beautiful the reader is given a blank page just to fill in; and finally, Parson Yorick, a man who’s pleasant temper is his downfall. Indeed, there are hundreds of characters except Tristram himself. Tristram barely gets a look in as a character and as a narrator, he is more a series of ticks and eccentricities. 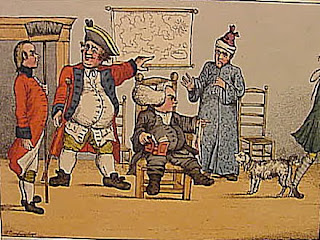 These characters weave and crash and get in each other’s way, each one riding their hobbyhorses wherever they take them, bickering as they go. There are mock sermons, mock obituaries, mock romances, mock learning, mock socratic dialogue - a whole bunch of mock.

He includes some wonderful phrases and conceits. One of many fine conceits is the one about why all the best writers are clean shaven. He starts with the first principal that a good writer is one who has time to think and that a man who shaves has ample time to think. He then reflects that women writers must have some other time to think seeing as they don’t shave, except the Spanish women of course. 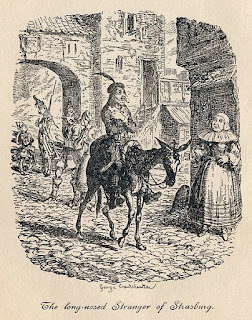 You could slim this book, cut out the chapters from the fake miscellany about the guys with the big noses or the entire book that dealt with Tristram travelling awkwardly and expensively around France but to cut stuff from the book is not to read it right. 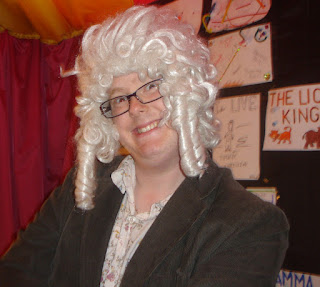 Run with the book, run with it and accept it and it is one of the finest things you will ever read, full of humour and emotion and quite wonderful. Fight it and it will be a very frustrating few hundred pages.