Pirates at the London Docklands

On friday I had the extreme good fortune of going to see the ‘Pirates - the Captain Kidd Story’ at the Museum of London Docklands, located in the old West India docks close to the financial hub of Canary Wharf.

The museum is a fantastic museum in it’s own right (and completely free) but I have always had a fascination of pirates since I was little and my mum wrote a pirate story for me and took me to the ‘Pirates - Fact & Fiction’ exhibition at the National Maritime Museum when I was about eight. Now, I and a bunch of people dressed up as pirates had the fun of exploring the exhibition until ten o’clock, with grog, games and lectures also available.


Captain William Kidd was a Scot who was given political and financial backing to go out and capture pirates upon his ship, The Adventure Galley. His crew were paid only in a share of prize money and so were eager to plunder. As the voyage went on, things started to become desperate and he started to prey on ships outside of his agreement (to only attack pirates and French) and so attacked the Quedagh Merchant. It was then his days were numbered.

Although Kidd managed to hide the majority of his loot, he was captured in 1701, tried and hanged (the rope snapping on first go). Then his body was ceremoniously left in the Thames for three tides before being coated in pitch and being hung on a Gibbet at Tilbury. 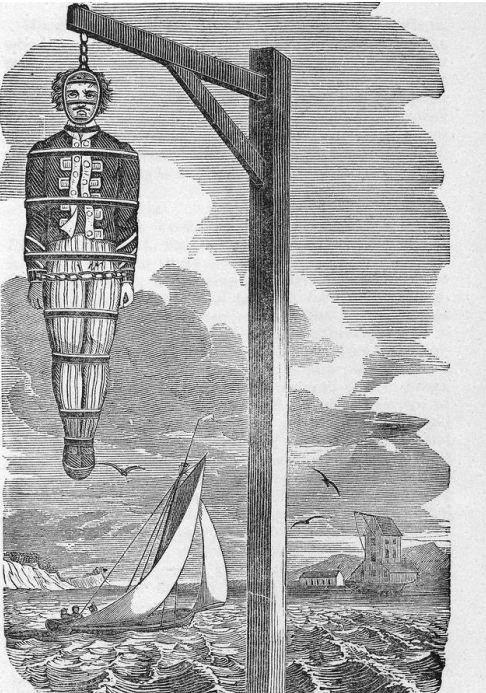 The exhibit told his story very well, mixing in facts about pirating in general and the relationship between pirate fact and pirate myth. The exhibition also put a very good case forward that Kidd’s transformation from privateer to pirate was due largely to the corruption of the politicians that originally backed him.

My favourite exhibits were the (purportedly genuine) Jolly Roger, the letters of marque and the constitution drawn up by Kidd’s Crew. They were exhibited excitingly with plenty of space to enjoy each object and there was plenty of chances to dress up, grab a sword and feel like the dashing pirate throughout.

Trailer for the exhibit.

Along with a free Kidd badge and a lecture about gay/transgender pirates (there is an academic debate about whether pirate ships were gay paradises or not) I had a great evening.

The next day, finding myself near a central line Station after a bit of work, I decided to go to the Museum of London (The Museum of London Docklands’ sister museum, also free) and check out their Eighteenth Century stuff as last year they had a multi-million pound revamp of the exhibitions from 1660-2011 and I had only the chance to see it once since it opened. This museum is my absolute favourite and I wasn’t disappointed.

There is plenty there to interest any person with the slightest curiosity of London, from depictions of prehistoric London (swampy and warm) to parts of Roman London, to modern London (they even have the ‘Protein Man’s’ sandwich board) there are plenty of well displayed items and so it goes for the C18th.

There is a contemporary wax model of Samuel Johnson and friends at ‘The Club’, watches, porcelain and guns made in London. I fantastic mid-century dress, a sedan chair and even a compters cell complete with the carvings of prisoners. I had been reading Evelina on the train over to the museum and had just finished the scene set at Vauxhall, so I was keen to go in the recreation of Vauxhall set up there, which plays scenes on screens. I was delighted to notice that some of these scenes were the ones directly from Evelina. 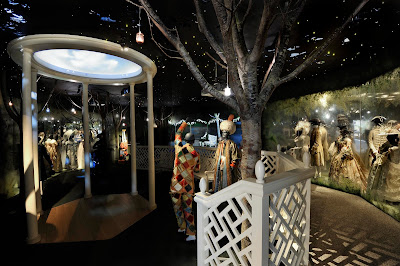 The Evelina in Vauxhall Experience

After enjoying the exhibits (but being disappointed by the bookshop, not nearly as good as it was) I decided to go for one of my wanders. On the way I went into the Hall of the Worshipful Company of Goldsmiths to see an exhibition about silverwork. The hall was as expected, lots of heavy red carpet and gold colour things, their symbol is a lion.

Next to their hall is the smaller one belonging to the wax chandlers, or candle makers, who had the slogan ‘truth is the light’ on it and further down there I went to the ‘parliament’ of old London, the Guildhall.


Inside the Guildhall is an art gallery I have never heard of before, (again for free). There was a large collection of Pre-Raphaelite stuff including many cutesy Millais. Underneath they had paintings of London (as you often see in history books) and most surprisingly of all, the remains of London’s Roman Amphitheatre - and I didn’t even know any of it was there.

So a very entertaining few days altogether... some reviews coming soon and the next instalment of ‘At Home with Samuel Johnson’.
All yours