An Odd Question About Narrators. 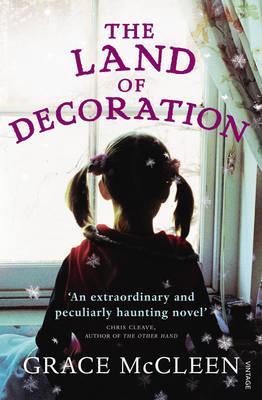 I recently read a book called The Land of Decoration by Grace McCleen. It tells the story of Judith, a ten year old girl who builds an imaginary world in her room and finds she has miracle powers from God. When she enacts things in her imaginary world, the real world mirrors it. As the novel continues, she begins to fear her power and their unexpected effects.

It was a good novel but what struck me most about it was a philosophical qualm I had in the middle of reading it, which I would roughly formulate thus;

The text in the book is the only depiction of the world the book takes place in.

The text is narrated in first person by Judith.

Judith believes she has magical powers given to her by God.

Therefore - I should accept that it is true, in the world of the book, that she does have magical powers.

How was it possible for me to conclude that the powers were all in Judith’s head and a result of a number of coincidences, when the text gave me nothing outside Judith’s head?

I could appeal to reality, that in reality people do not have magic powers but the book is not reality, it’s all made up. Judith, her father, her town, all the ‘concrete’ elements of the book are just as fictional as her powers which, to the narrator, were just as real. There were characters in the book that Judith told about her powers who didn’t believe her, so there was an element of the text which left an ‘in’ to there being no powers but they were also reported to us by Judith. If we accept her reporting of those characters, we should also accept her reporting of her magic powers.

I could appeal to the author, that perhaps she was writing the book in the belief that although Judith believes in her magic powers, they are the result of coincidence. The trouble with this is that beyond an interview/discussion with the author, her intent is unknown outside the text, which (at this point in the middle of the book) asserts the powers are real. There’s also the interesting side-note that if there are no powers in the book, only coincidences, they aren’t coincidences at all but part of the plan of the author to convince Judith she has powers.

Ultimately, my best answer to explain why I didn’t believe in the powers, despite the book baldly stating their reality, was an appeal to genre. Whereas a fantasy, sci-fi, gothic or some heightened genre has space to have magic powers, this was essentially a realist book. It was grounded in a clear time (1980s) a clear place (a Welsh steel town) and there were a number of concrete markers to locate it (from defunct shops like Kwiksave, to the clothes the characters wore). From my previous genre knowledge, it was impossible for Judith to have magic powers, even if it was possible for her to believe it.

As I said, this little qualm came up in the middle of the book, it could have been that by the end of the book the powers could have been firmly established as true - thus making it a fantasy book hiding under the appearance of realism. Actually, it disproved the powers and Judith realised she’d been wrong about them, justifying my non-belief but I didn’t have that reassurance in the middle.

I’m fond of an unreliable narrator, particularly ones who aren’t purposefully trying to mislead their audience but are mislead themselves. In my own writing, I frequently tell stories from characters who fundamentally don’t properly understand the world they are living in and try to give the reader enough clues to interpret what’s actually happening. There’s also the interesting idea that all narrators are essentially unreliable, telling us the story only as they see it - but that brings us back to the thorny issue of how we can see it differently from them, given as our only information about the world comes from them.

Are there any books you can think of where the narrator doesn’t understand the world they are describing to you? It’s an interesting thing to ponder.

Email ThisBlogThis!Share to TwitterShare to FacebookShare to Pinterest
Labels: Something Else, Something Silly, Thoughts, writing