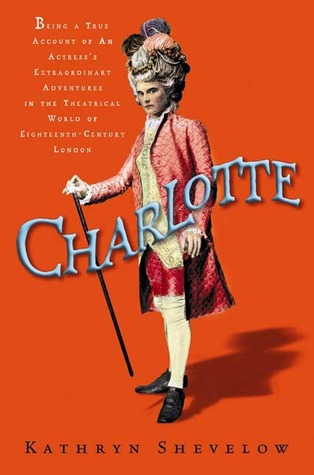 In 1717 a four year old girl woke up and got out bed. She went downstairs where she found her father’s coat and sword but most importantly, his luscious, bouffant periwig. She walked out the house and went into a ditch, where she marched up and down, doing impressions of her father in as gruff a voice as her young larynx would allow. People stopped to look at the strange vision, a miniature version of one of the most famous actors of the day. Her father was Colley Cibber, the little girl was Charlotte.

Charlotte and I have met a number of times. She’s popped up in original cast lists of Fielding plays, she’s appeared lurking around in various Hogarth prints, she took part in Christopher Smart’s Mother Midnight transvestite review. 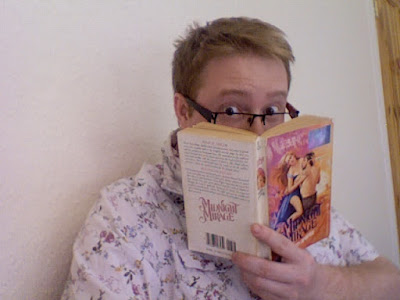 However, I first met her in the book Midnight Mirage by Karen Harper. I’d picked up that book at a bus stop for its garish cover but find inside a well researched and fascinating story taking characters from history, including Charlotte Cibber, who I’d described as ‘a liberated crossdresser who was much fun’.

I’ve had this biography sitting on my shelves for a number of years and I am so upset I hadn’t picked it up sooner, as it is a well told story about an engaging person living in a fascinating world. In some ways it would be much better to talk about Charlotte and define her separate from the men in her life but it’s not possible, the fact that she was daughter to a leading actor, that her older brother, Theophilus viewed the Drury Lane Theatre as his birthright; that she’d grown up into (what could have become) an acting dynasty, that she so identified life with theatre that she would always use a theatrical reference to explain it (like nerds and their media) and that she spent a large part of her career performing parodies of her male relatives, mean that she is inextricably linked to them.

I really took to her as described in this book, much as I did in the novel. She seems to be such a resolute, playful individual. When her family disowned her, she simply worked for a rival theatre company. When the new licensing laws shut that down, she had elaborate puppets made and put on plays. When she got sick and had to sell the puppets (at a loss) she starts selling oil, then sausages, then becomes a strolling actor, then an author - she simply doesn’t give up.

For a while she ran her own theatre company called the ‘Mad Company’. They performed The Beggar’s Opera in Roman dress and planned on a revival of Samuel ‘Magotty’ Johnson’s Hurlothrumbo with Charlotte as a cross-dressed Lord Flame (though whether is stilts, it wasn’t said).

This was about the time Charlotte started dressing as a man off stage as well as on. Why, exactly she did it can only be speculated on, it probably fulfilled many different needs at different points in her life. It’s certain that she spent a period of her life as ‘Mr Brown’ with a woman known as ‘Mrs Brown’ but the extent of that relationship isn’t clear. Nor is it clear how much her crossdressing were factors in her family disowning her, but there is something fascinating about a woman who lived boldly as herself (whatever that self actually was).

I have Colley Cibber’s memoirs, I’d love a copy of Charlotte’s - though this biography gives us more just a life, it’s a really good summary of the politics and the precarious lives of actors. We also meet people like Theophilus, in the novel I described him as, “a selfish, vindictive, tosser who spends his wife’s money on gambling and has no theatrical knowhow.’ This book agrees that he was a difficult man but not that he was untalented. I was fascinated to learn that he was born during the Great Storm and saw that a metaphor for his life and relationships, finally he would die in a little storm in a boat travelling to Ireland. For all of his excesses (and it’s hard not to see him as a villain when it comes to Susannah Arne - the topic of the novel), I felt sorry for him. He was a man who could never quite become the person he thought he should, and he stuck with Charlotte when no one else did.

He deserved better, as did Charlotte - I’m beginning to think Colly deserved less. Thankfully though, Charlotte has received fair, even glowing treatment in this utterly readable and very interesting biography.