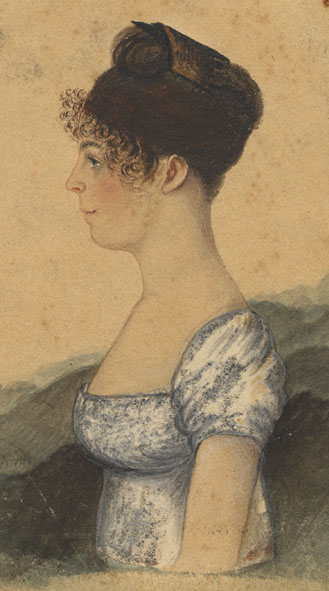 It’s not encouraging when the historical introduction to the book describes it as ‘almost illiterate”, yet ‘Charlotte Temple’ was the bestselling work in America until the publication of ‘Uncle Tom’s Cabin’.

It was written by Susanna Rowson, a woman who had been born in Portsmouth, moved with her father to the American Colonies, fled after the revolution and returned as an actress and playwright.

‘Charlotte Temple’ was her third novel which she had written whilst in England. It had not sold particularly well nor drawn any notices until it was republished in the new United States. Then it started to sell. Rowson channeled the success into other novels, some plays and a number of textbooks which she wrote for the Girl’s school she ran. She may have had an interrupted education herself but she believed in it, making that the prime passion of her later years.

The novel is one of seduction. Charlotte is in her last year of school. She is kind, innocent and utterly beloved of her own family (who still choose to board her even though they live in the same town.) Her tutor is the rascally French coquette Mademoiselle La Rue who encourages her to flirt with the soldier Montraville because she fancies his friend Belcour. Montraville is himself a bit of an innocent but is pressured by Belcour to court Charlotte, largely because he is evil and likes encouraging people to do nasty things.

On the day of her birthday, Charlotte agrees to run away with Montraville and the four of them run off together to Portsmouth and then off to America. On the ship over, Mademoiselle La Rue ensnares a rich officer and marries him, while Montraville impregnates Charlotte and sets her up in a small house. Montraville then falls in love with another woman and marries her, leaving some cash to help Charlotte with Belcour who (obviously) doesn’t pass it on.

Heavily pregnant and kicked out of her house, she walks through the snow to find the married Mademoiselle La Rue who kicks her out, where she is taken in by some nice people, gives birth and promptly dies. The moral of the story is pretty clear.

I have no idea why this book was a better seller then ‘The Coquette’, a similar tale of teenage pregnancy and destitution but with a far more interesting dilemma in the heroine's marriage choices and a far more interesting heroine herself. Charlotte only makes one choice in the whole book, to run off with Montraville and she seems to put no thought into deciding it, being goaded into it by Mademoiselle La Rue and regretting it instantly. She is so very passive, even her flight to get help at the end of the book is prompted by getting kicked out of her house. She has little personality nor thought at all.

Montraville is slightly more interesting, he is at least well-intentioned if utterly feckless. Mademoiselle La Rue and Belcour are the most interesting, but largely because they are evil for no particular reason, it makes them stand out at least.

The dialogue is particularly awful. While melodrama is not known for its natural conversation, the characters declaim their parts with stiff, awkward sentences. I praised ‘The Coquette’ for having  a letter that read like an actual letter but this book doesn’t even have characters that talk like normal people - not even slightly.

Yet there is something peculiarly charming about the book. The strange, puppet-like characters and the high emotion have something of a gauche sincerity to them. There’s a feeling that this is a story the author wants to tell and despite the flaws in telling it, it makes the reader want to read them.

Rowson also has a very direct and engaging authorial presence. It reminds me of Tristram Shandy in a way, similarly to how Sterne addresses members of his audience, referring to them as ‘sir’ and ‘madam’. Rowson addresses the reader as if we are a maiden aunt, a bluff man or even a ‘young, innocent, girl’. She informs us what she thinks about the story so far, warns us of our choices and informs us that although it may seem that the bad characters are in the ascendancy, they’ll be found out eventually.


This refreshingly plain way of addressing the audience is the book’s saving grace for me and I suspect a large element of its great success. There really is a feeling that we are sitting down with a well-meaning friend who is telling us the story as well as she can and it makes me like her, and her book, a little more then I may otherwise had.