Trip to 'Writing: Making Your Mark' at the British Library

I find myself in the almost unknown position of writing about an exhibition three months before the things closes, I’m more used to going in the last week. This time, I went to the British Library to see ‘Writing: Making Your Mark’, which deals with the history (and future) of the written word. 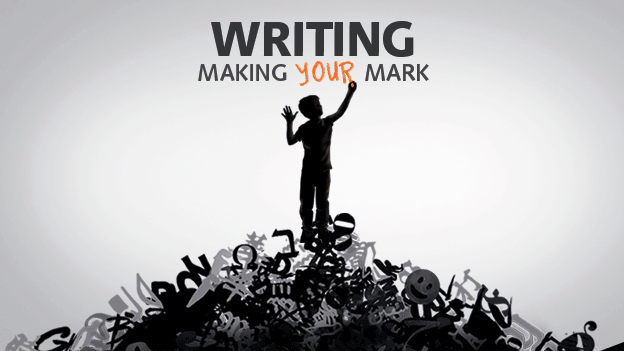 I have to say that I’ve not been getting into exhibitions lately. a recent one at the Wellcome about what magic tricks teach about psychology was very interesting and well put together but I nipped through it in just over an hour - I just seem a bit too tetchy to share my exhibition experience with other people at the moment.

During my time at ‘Writing: Making Your Mark’ I was in direct competition with that most irritating of museum attendees, The Leaner. This is a person who holds their arms out directly over a case, leans into it, breathes heavily on the glass and lingers for just a few moments too long. I held back, trying to get behind The Leaner but still as other people overtook him, I found myself behind him again. There was no glimpsing the item in the case, nor even the description next to it as The Leaner so positioned himself to take up the whole area, appearing to be lost in another world as his breath fogged up the glass beneath him.

Apart from ruining the flow of an exhibition, it is a distinct annoyance to have to wipe the glass before each case you come to. Even when I overtook The Leaner, he then sped up and overtook me, leaning and obstructing and generally irritating me beyond measure. It became a slow, precise duel that played out between us, which I duly lost.

Maybe it’s because of my battles with The Leaner that I couldn’t really get involved in this exhibition but I also feel my lack of engagement may have been the reason I became so overwhelmed by him.

‘Writing: Making Your Mark’ tells its story in five sections.

The first was on the origins of writing. This part included a huge stone with early pre-Incan writing, a prayer in Egyptian hieroglyphs that took headlines as the oldest object in the British Library’s collection, a nice lump of clay with some cuneiform and told of a possible writing system from Rotoroa but didn’t have an example to show. When I was allowed to see these objects, they were interesting enough but easily found in huge numbers just down the road at the British Museum.

The second part was about writing systems and styles. This was probably the most interesting section of itself as it explained how other systems like Arabic, Chinese, Japanese and Korean writing systems work. Although I was a little muddled over the exact details, it was intriguing how different cultures had tackled the need to present sounds in meanings in different ways and got me thinking about how I take it for granted that I write my own language in the way I do.

This was followed by a very interesting bit showing the evolution of an ox-headed figure into the letter ‘a’ through four artefacts. Then there was a bit about the development of ‘Roman’ fonts based on a simpler writing form over the more elaborate and difficult to produce school/black font form of writing.

The next section was about materials and technology, this had the best objects to show. There were some quite terrifying tattoo spikes, some 9th century Chinese paper that still looks fresh and stable, examples of writing in clay and wax and even a scrap of old clay that was used as a one day pass for a woman called Annabella to ply her trade in the city of Elephantine. There were examples of Chinese printing (and movable type) that preceded the Gutenburg press, and then a copy of Caxton’s printing of ‘The Canterbury Tales’, borrowed from the permanent exhibition next door and a reproduction of an eighteenth century printing press, borrowed from... just outside the toilet.

Indeed, after the grandstanding Anglo-Saxon exhibition, this one feels a little on the cheap, I had seen many of the items before for free at the British Library. This section rounded off with a petulant telegram by John Osbourne, threatening to go to war with a critic, and a Chinese dual pigeon typewriter, which is both a simple solution to the problem of so many individual characters but is at the same time mindbogglingly complicated.

The next section on writing and people was a grab bag of anything else. There were handwriting guides and a very charming 2,000 year old bit of schoolwork. This is also the part where they crammed in the ‘famous people things, including; Joyce’s notes for Ulysses, Mozart’s notes, Florence Nightingale’s notes and Scott’s diary on the last, bleak page. These would have had the wow factor if I had not already seen them before at other British Library things. There was also some intriguing style guides for the BBC’s new ‘Reith’ font which they plan to roll out this year.

The last section was about the future of writing, which was a big screen with adults saying daft, outdated things about emojis and children imagining holographic ipads in the future…essentially, there was no content in this part.

The Leaner aside, I just didn’t feel that this exhibition told its story all that well, that most of the exhibits were things the British Library had hanging about and that the social, historical and political factors about how we write and how we may write in the future, were largely glossed over. I wouldn’t recommend this one, but the newspapers and other reviews loved it, so maybe I am just being a grump.