This year I have read a few modern examples of what was once called the Newgate novel, derring tales of adventure and mischief set in eighteenth century and often ending at the gallows. The Virtue of this Jest, Slammerkin and The Fatal Tree are all inheritors of the title but I thought I’d try something a little different; a self-proclaimed heir to the English gothic novel mixed with the Newgate variety. Which is why I get to present, for your delectation, this demented work of over-the-top genius called Rookwood.

I picked this book because William Harrison Ainsworth wrote it from just round the corner where I live, is buried a short walk from where I work and was inspired to write this novel by a house not far from where a grew up.

Despite coming out in 1834, Rookwood was written ‘in the bygone style of Mrs. Radcliffe’ but transplanted to England with highwayman to serve instead of the Italian brigands. It was a massive success, and Ainsworth wrote another 39 novels inspired by various parts of history including a trilogy on the Pendle witches (whom a friend of mine claims descent), one on Jack Shepherd and novels set around landmarks like St Paul’s and the Tower of London. I plan to give the Jack Shepherd a go soon-ish.

I feel a little sorry for Ainsworth, Dickens was seen for a while as his protege but has overshadowed him. He also had killer sideburns. 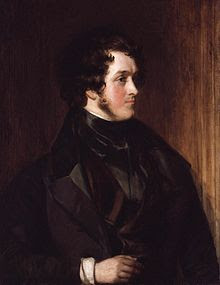 In many ways the plot is superfluous, though there is a lot of fun to be had in anticipating the ways it will twist and turn. In short, Piers Rookwood is dead and his title goes to his oldest son - but who is that; Ranulph, who seems the obvious heir, or Luke, who is told that Piers and his mother married in secret?

Things wouldn’t get quite so complicated if the Rookwoods weren’t quite so cursed. I counted seven prophecies and curses about them by the time of the novel’s close. Whether it be the lime tree that drops branches when important Rookwoods die, or the curse that all Rookwood heirs murder their first wives, or the one about only when the stray rooks marry, the curses will be over… there are a lot of them.

Keeper of this gothic lore, supplier of creepy ballads and generally all-round macabre guy is Peter Bradley. He is the first character we meet - in a crypt naturally enough. At one point he gets annoyed with a background character and curses him, that character is struck by lightning in a later chapter. 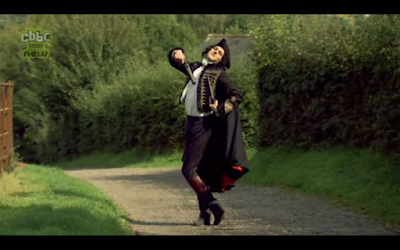 If Peter Bradley is keeper of the gothic flame, Dick Turpin is keeper of the Newgate. Essentially he makes the book stand and deliver before taking over for a while. In the preface, Ainsworth says that he used to walk the haunts of Dick Turpin and tell stories about him as child, that he regarded Turpin as last of a breed but I still find Dick Turpin a particularly strange choice to carry this candle. The real Turpin was barely even a highwayman, more of a home invasion/ torture sort of person and the ride to York was achieved by ‘Swift-Nick’ Nevinson. The purpose of the ride doesn’t even make sense in Rookwood, the point is to be so far away, so quickly, that it would seem impossible to ride - but Turpin is followed the whole way.

Add to that, the Newgate parts have almost nothing to do with the gothic. The whole ride to York section is essentially Turpin going back up North to take part in Luke Rookwood’s attempt to get the estate…which he doesn’t really have much of a role in. During the best, strangest and most bonkers chapters in the book, Luke tries to marry his cousin (and fulfil a prophecy that the stray Rook should marry another to keep the money). This happens in an underground crypt in an abandoned abbey where a monk had starved to death. The marriage is officiated by a renegade catholic priest and the queen of the gypsies and all sorts of things go terribly wrong - Turpin is outside guarding the entrance hole, he really is quite unnecessary.

Not that any of that matters, this book is so entertaining. It’s a genius idea to mix the Gothic and Newgate novels for the simple reason that they don’t have any reason belonging together. One is a phantom, arial text full of ghosts, curses and shifting reality whilst the other is a deeply earthy text, bound with material worries, slang and moments of down and dirty life. The only thing that really connects the two is moonlight.

If you want to read a book that involves a conman dressed as medieval knight; a sarcophagus with a built in booby trap, poisoned hair, a minor character struck by lightning for mood music, desiccated human arms liberally tossed about, wives murdered, revenges attempted and loads of perky songs sung along the way - then this is the book for you. I adored it.