Review: Zofloya, or The Moor by Charlotte Dacre 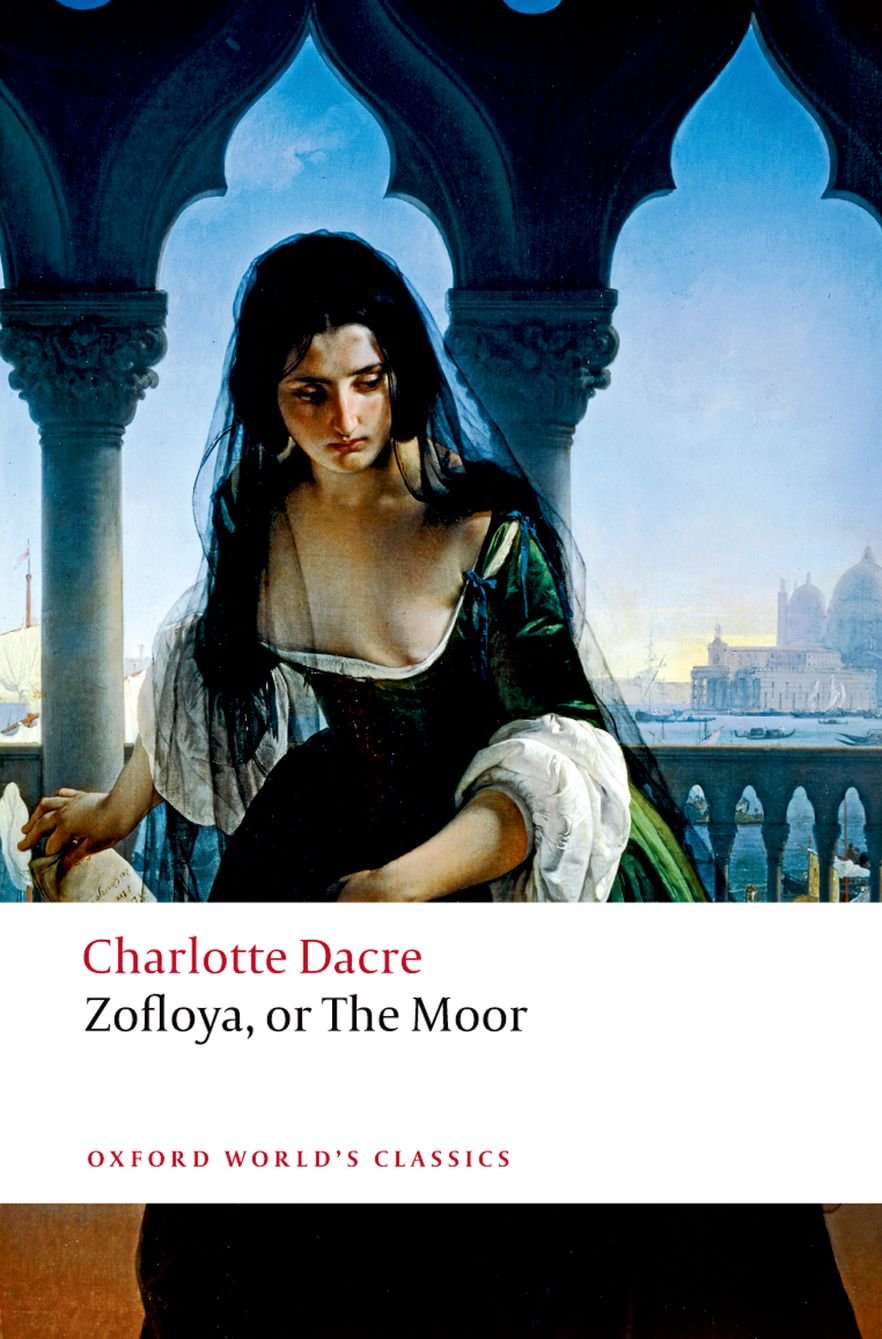 Victoria Loredani is not the messiah, she’s a very naughty girl. She’s the main character of Zofloya, or The Moor and the book goes to great trouble to both blame her for her descent into wickedness and to absolve her of blame.

This descent is all her fault because she’s a terrible person who deserves great chunks of texts outlining how very bad she is, how her soul is organised upon evil principles and how even her ‘feelings of delight’ are ‘teemed with woe for others’. On the other hand, she was spoiled as a child and her mother left her father, moving in with the man who killed her father in a duel and generally setting a bad example. Then there’s the father of lies himself…

I like my gothic novels on the nuttier end and a novel that has adultery, a few stabbings, only one wrongful imprisonment and some (admittedly very in-depth) poisoning, is playing it a bit safe. There are a few good gothic bits, the reveal of the poisoned body, writhing in sores, but on the whole, it all felt a little undercooked. The writing had the stiltedness of a gothic novel but none of the breathless excitement. Our manipulative, evil protagonist is also a poor victim of her circumstances, a woman of agency who spends most of the book having things happen to her rather than making things happen. Even when she does take action, she follows the ideas of new bestie Zofloya. A gothic with few gasps (even gasps of laughter) is a rather anodyne thing.

Things picked up a little at the end, the Looney-Tunes-esque ‘temporary and very specific madness’ potion was a treat, as was the hangover it produced. Then there was the teen, stabbed multiple times and thrown off a ravine and the hilarious bandit reveal but it didn’t pick up enough to lift the book.

I can’t exactly call the book limp because it was so stiff. It was never a chore to read but nor was it a pleasure, I’ve got some more gothic coming up this year, I hope it properly catches light.

A small note on the Oxford edition, not only does it give away a spoiler on the back cover, not only did the endnotes tell me more about The Monk than Zofloya but it is riddled with more typos than any Oxford Classic I’ve ever read.