Review: The Hermit in the Garden by Gordon Campbell 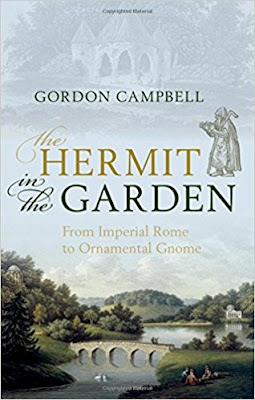 I’ve been interested in ornamental hermits since I picked up Dame Edith Sitwell’s ‘English Eccentrics’. Out of all the people discussed (some of whom seemed to have far more serious issues than mere eccentricity) those garden dwelling loners appealed to me the most.

So, imagine my pleasure when I discovered that Oxford University Press had released a book called ‘The Hermit in the Garden’. It is the one-and-only book about this fascinating piece of history and I couldn’t wait to give it a go.

The book starts with a general history of hermits, hermitages and their role in early Christianity – particularly as precursors to the monastic lifestyle. The next chapter is about the various ideas and traditions that led to something as strange as housing a contemplative man as decoration for the back garden. It explores the Christian tradition of the hermit but also the Celtic tradition, such as the legendary Myrddin. Combine with this, the late eighteenth century cult of Sensibility, Rousseau’s notion of the nobility of living with nature and the stretch for the sublime and such buildings as follies, temples and hermitages started to appear in gardens in Britain and around Europe. These hermitages then progenerated hermits like beetles from stagnant water.

The next chapter was my favourite, and deals with the ornamental hermits themselves. When it comes to ornamental hermits, it is by far the ornamental part of the phrase that interests more than the hermit part. There have always been hermits, people who have taken themselves ‘off-grid’ (as they put it now) to live in contemplation with nature. It’s the truly peculiar nature of having one for only ornamental reasons that capture my imagination.

It certainly seems that there were a few ornamental hermits and that, for a time at least, some rich folk had successfully advertised and paid for live-in garden gnomes. It seems that the ornamental hermit became something of a joke, or at least viewed in an ironic manner, pretty quickly. How else could there have been stuffed manikin hermits, automata hermits and hermits living in pasteboard grottoes?

The rest of the book is dedicated to the architecture of the hermitages rather than the hermits themselves. This means that for nearly one hundred pages, the reader and author go on a tour of as many hermitages as possible and have each of them all sequentially described, one by one. In my notes for the book, there was one large, desperate cry for help; ‘Not another lamb bone mosaic floor!’ A phrase that comes up at least once a page in this section, if not more. For those more interested in the architecture then me (and those who are getting into lamb-bone decorations) this part of the book might fly by, for me it was a little bit of a slog.

Other than the bibliography and index, the book finishes with an extensive (of course) list of hermitages around the world and what state they are in. A truly cracked person could go on a hermitage tour of Europe.

Despite the fact that half the book is a repetitive ‘through the keyhole’ of hermitages, I still recommend it as a meticulous, comprehensive look at a fascinating phenomenon. I like a book that tells you more then you need to know – and this fulfils that admirably.

Also, here's me and my hermitage. 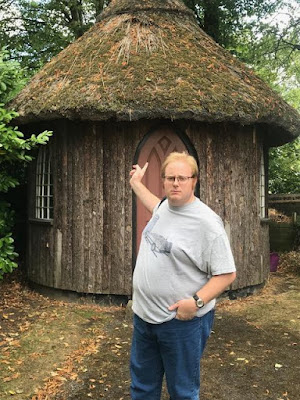 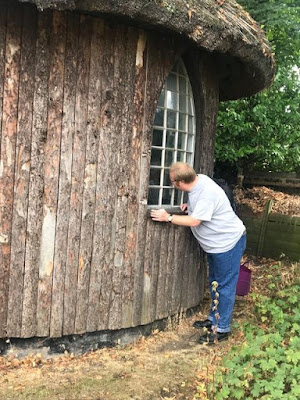 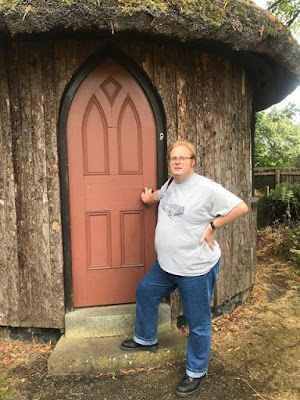