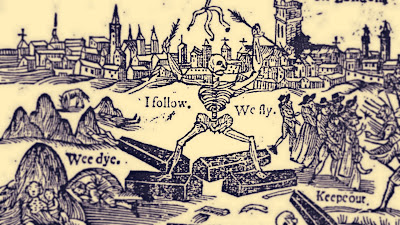 While it could be hoped that this ‘Journal of the Plague Year’ would only have to cover one year, as we entered 2021, it was clear that covid would not go away. After much umming, awwing, threatening and u-turning, the government decided on another national lockdown and to this time include schools.

Our school responded to this by going online but drawing on past experience, it managed to create a far more comprehensive coverage, with a full day of teacher-led stuff through video chats and other trickery. I was given the children who find it hard to access stuff in class, it was no surprise that they couldn’t access anything at home. For the first few days, whatever I did they simply stared at me with blank faces - except for the one who bounced on his couch. I’m no quitter though and the level of satisfaction I received when just one of the kids managed to turn in a piece of work was immense.

Then the lockdown ended, the children came back and things carried on much as they had been. I caught a cold in May but we were over panicking about things like that. One Wednesday in mid-June, I was feeling a bit off and began to resign myself to another cold. I carried on going to work as the cold centred in my chest, being a ball of phlegm, which I would occasionally cough up. On Saturday I had my second covid jab at the Science Museum and walked through Hyde Park.

Sunday I felt rather rough and booked a lateral flow test first thing the next morning. I did this for two reasons; I could find myself missing a morning of work and with covid ruled out, I could go to my GP for some antibiotics to quell the rapidly worsening chest infection. To my surprise it turned positive for covid, what’s more, I was one of 7 people at school who had caught it.

I thought the next thing was to hibernate and home and wait it out but first I needed to have a PCR test, which they did in a different bit of London, which I had to walk to. All-in-all, on my first day of a positive covid diagnosis, I walked eight miles round London taking various tests. With that all done, I finally hibernated.

I wasn’t allowed to hibernate quietly though, friends from work, outside work, family were pouring in offers of assistance and of comfort. I probably could have filled a supermarket with all the people who offered to pick me up a few bits and pieces. I was reminded that people are quite nice really and I’ve been very lucky to meet some good ones. Of special note is my landlord, who was the one who actually did pick up some of my shopping and his wife who made me a lovely salmon meal and a number of tofu and miso soups.

Less welcome were the track and trace people who texted me every two days and told me to stay at home. They also rang a number of times, reading from a script and never really listening to my answers. Who knew catching covid involved so many customer service feedback forms?

As for the sickness itself, the phlegm-ball that had been the main feature as the illness ramped up (and had confused me it was not covid) disappeared and was replaced with the classic dry-continuous cough. I burned for five days, every single joint hurt, even the little ones at the tops of my fingers, everything hurt. By some miracle, I still managed to sleep at night so I had some energy to deal with the pain and do the little I had to do in the morning before being kiboshed by fever and aches again.

The next three days were the worst, not pain but a word semi-nauseous fog, punctuated by moments of confusion.. After that, it was done, the main thing I had left was exhaustion but that didn’t matter all that much to work who swept me right in, expecting me to do double because other staff were off with covid.

As much as I would have preferred a gentler return, I think the full-throttle back at work has probably done me better than sitting about. Three weeks afterwards, my cough has gone and my energy is mostly regained. The only long-term effects I’ve had from covid are the occasional blank mind when searching for a word, and a soul-deep hatred of our corrupt and murderous government.

Email ThisBlogThis!Share to TwitterShare to FacebookShare to Pinterest
Labels: Journal of the Plague Year 2020