Review: The Curious Tale of the Lady Caraboo by Catherine Johnson 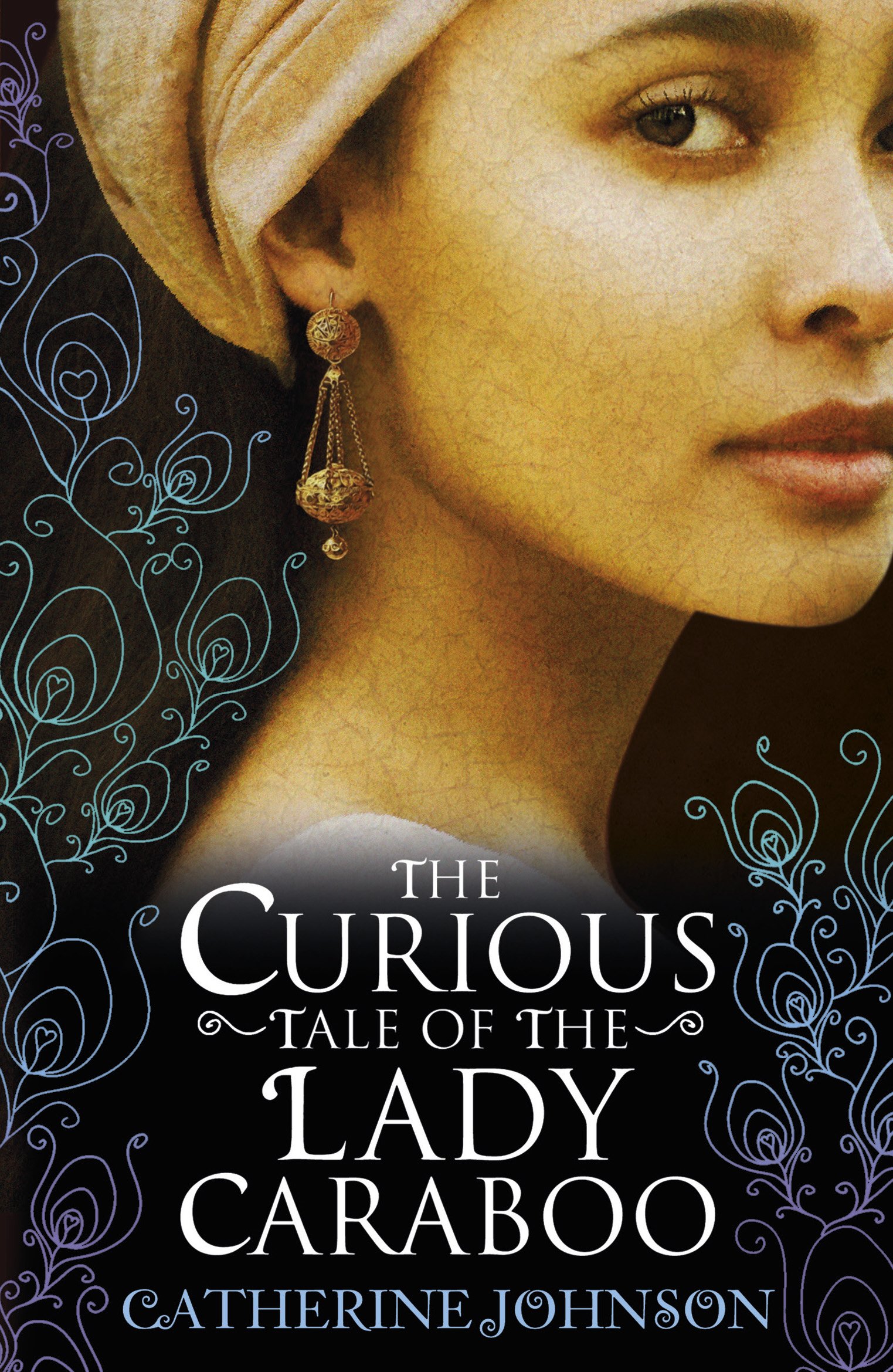 The Curious Tale of the Lady Caraboo is a young-adult novel by Catherine Johnson that takes as its base the historical story of Princess Caraboo, and in a note at the back pays particular notice of John Wells’s biography Princess Caraboo. Having just read the biography itself, I was intrigued to see how an author could work a novel from it.

The inventions start immediately and brutally, with a harrowing depiction of a roadside rape, as two farmers force themselves on the poor Mary Wilcox. As she endures the experience her memory goes back to an also invented dead baby and the horrors of losing him. When it’s all over, she picks herself up and declares that she is no longer Mary Wilcox but Princess Caraboo and she will no longer have to live with the pain and indignities she has suffered.

It’s certainly a striking beginning and provides an interesting impetus for the creation of Caraboo, as a way of coping with trauma and shielding herself from her pain. Throughout the book, when we view the world from her perspective, it’s clear that being Caraboo helps her reclaim her agency and power. It’s an interesting take on the fascinating story of Caraboo, of why a cobbler’s daughter from Devon would decide to convince people that she’s the princess of a far-eastern spice isle. It also means that the book declares her fraud from the beginning, the story isn’t going to tease an ‘is-she, isn’t-she?’ but explore the fraud itself and her motivations behind it.

The book then goes to another point-of-view, the invented daughter of Mrs Worrell, Cassandra. Again, I was a little unsure of why invent a daughter for Mrs Worrell when her lack (and desire) for a daughter, after her own had died, seemed to be a big reason for her falling for Caraboo so quickly. Anyway, in this book there is a daughter and she wants more from life. Particularly, she wants the pleasure of being the wife of Edmund Gresham, her brother’s rich friend. Her role in the book is to serve as a friend of Caraboo and to have a sub-plot about her choosing the hot-hunky but poor son of the inn, or the cold-dashing and rich Gresham. I suppose all YA must have a love-triangle. It’s through hunky that she meets Caraboo and takes her back to Knole House.

The (real) Worrell son is currently in London being absolutely foul to a prostitute who’s been led to believe he loves her, as he leaves she shouts that he can’t even understand real love as he’s only ever paid for it. Will the selfish son learn love? Will it be with the strange and mysterious Caraboo? Will there be a peculiarly a-historical and not particularly realistic in-universe happy ending?

While at Knole House, Caraboo is tested on by a quack intellectual who is not Wilkinson. He even uses electro-shock on her, burning her in the process. I can’t really understand why that scene existed, except to add another bit of drama and nastiness. There is also Captain Palmer, who claims he has been to Caraboo’s fictional island of Javasu and can speak the language. He was a real figure, a very minor figure in the biography but he becomes the villain in this, blackmailing her into possibly going off with him round fairs and threatening her with rape.

And here’s my problem with the book - while it’s an engaging novel in itself, the ways the author deviates from the historical truth hint at something ugly. She’s aged down to 17, she now has mixed race parentage and skin (so other characters can comment on it) she is at constant threat of rape as well as being found out. The book started with an invented rape and a fictional dead baby.

If anything, it didn’t feel that the true events were being shaped to fit a narrative better, but that the elements added were done so to manipulate the reader. I don’t like to read a rape scene, nor did I need a scene of her hair burning because of a faulty electro-shock machine, nor did I need memories of dead babies.. like the the invention of Cassandra and her love-triangle, or the happy ending, these all seemed like they existed to pull at my emotions and force me to remain engaged with a story that I feel could stand on its own.