Drafts from the Past 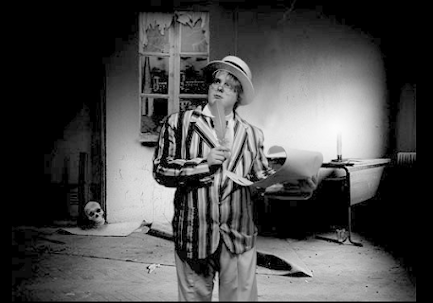 An aspect of this website I’ve partially left behind is the one that dealt with my own writing. True, I sometimes flutter a few hints about my current writing projects here and there, but on the whole I’ve stopped including regular updates or lengthy excerpts.

I was reminded recently of my first full novel, a work I finished in 2006 when I was 20 and was eventually titled Me, Myself and Colin. It was finishing the first draft of this work that made me realise I wanted to be an author, coming to that last full-stop with a satisfaction I shall never forget. Full of piss, vinegar and end-of-adolescent cockiness I sent my manuscript into the student paper and received the following review;

When Hedingly Smith sees the girl of his dreams on a Saturday morning at his local ice rink, he falls helplessly in love and also stops breathing for about half a minute. He has to learn how to deal with the real world as quickly as possible and everything growing up brings with it.

Hedingly speaks with the naive tone of any 16 year old but in fact has a vast amount of knowledge that would impress were he not so socially inept and spent so long in his own imaginary world that he finds the real one a little confusing. He has an imaginary friend called Farnborough and an unimaginary-friend called Colin, who is actually a girl called Colleen. This is the eccentric trio who are trying to navigate themselves around a world that is almost too surreal to be genuine.

The story is roughly divided up into Sundays, which is often how romantic obsession goes when you are 16, where weeks of school are punctuated with trips into town and general lolling about on the weekends. The central characters have rather unfortunate names that they wear like ill-fitting clothes. Hedingly is named after a horse, the girl of his dreams has an ageing rockstar for a namesake, and Farnborough sounds like a lackey butler.

Written in a sparse style reminiscent of Mark Haddon’s spectacularly successful ‘The Curious Incident of the Dog in the Night Time’, Stevenson has an eye for the more interesting details of everyday life, scenes that often pass ordinary people by in a story where the characters are far from ordinary. The dialogue crackles with the energy of desire, with impatience to grow up of for events to take place, and the needy insistence that affects every teenager finding their place in the world. The teenagers carry the shame of their boring existence with an endearing moroseness, straddling the line between innocence and knowledge with all the uneasy familiarity of growing up.

Whilst Stevenson does exceptionally well to catch the mindset of the teenager, there are often portions of dialogue that upset the well paced narrative. Also the images described are too surreal to be recognisable, but then again, perhaps this is the effect of living in so strange a world as Hedingly’s. (Ben Matthews)

It wasn’t the ticker-tape parade I had been hoping for but there was enough positive to fill me with hope. I’d also performed sections from the novel as a sort of storytime, stand-up performance and had got lots of laughter and a description of my ‘shuffling, self-contained confidence’.

What’s more, I had started to get responses from publishers and agents and many of them were positive. I’ve lost my database with those responses in it (the review was from clipping in a physical book) but I remember them declining the book but praising the characters and style.

And that was it for Me, Myself and Colin. I ran out of places to send it, had new projects I wanted to work on and was preparing to move to London to pursue my Masters in writing and a whole new world of literary success. I popped the latest draft of the book online, proud of the personal achievement, knowing I’d created some memorable characters but happy to let it go and not think about it again.

Imagine my surprise when I discovered that ten years after I had written, someone had scored big with a novel that is remarkably similar. The book is Eleanor Oliphant is Completely Fine, written by Gail Honeyman. I have absolutely no claim on the book, I don’t think there’s any plagiarism or something silly like that. It’s simply that we had a similar story in mind and adopted similar methods to tell it. I’d even grudgingly say that Gail Honeyman did a better job.

So - the similarities, both novels tell the story of a socially isolated, awkward person who finds themself with a crush on someone. Driven by romantic desire, the character finds themselves being drawn further into society, self-consciously planning ways to fit in better. There are social mishaps and moments of warmth. They become friends with an old man. They become very close friends with a young person with an old-person’s name who is found kissing a representative of someone the main character shall never be able to be at a party. The crush-based quest will ultimately fail but the main character will have discovered something about themselves, ditched an imaginary projection that was unhelpful to their progress and be in a better position the next time they meet someone they love. The end is tinged with hope and melancholy.

Both books are also written in the first person, the style being very much how the main character thinks and talks, often using fragmentary sentences to recreate the sparks of thought. On many occasions the humour will come from the reader taking a very biased account of an incident from the point of view of the main character and using enough clues and imagination to reconstruct how the event must have really appeared. There’s also a lot of use of an ‘alien’ perspective, the social withdrawal of the main character giving them an unusual perspective on normal things.

There are two main differences between the main characters in Eleanor Oliphant is Completely Fine and Me, Myself and Colin is that Eleanor is 30 years old and Hedingly is 16. As such, I didn’t need too much reason to explain his social difficulties. His Father had died and his Mum had rather pulled into herself, leaving him much to his own devices and inside his own world. Eleanor, being older, needs more of a reason to be as she is. This reason comes in the form of a tragic back-story

The tragic back-story is the second main difference. It gives Gail Honeyman’s novel something mine didn’t have, something to tie it together and motor it along. The increasing understanding of Eleanor’s tragic back-story gives extra weight to her social mistakes and the mystery behind her is a reason to keep going. My own novel has none of that. It’s a number of tight, well-told set pieces put together at a meandering pace, meaning the novel is not a page-turner but a fun yet inconsequential romp.

Although personally, I think the weight of Eleanor's back-story has the potential to topple the book.

I'm not saying my book's the best thing ever, I'd probably be embarrassed to read it again and cringe at the arrogant late-teenage me of the world but if anyone fancies giving it a go, download it here.