Journal of the Plague Year 2020 (Entry Four: A Week as Schrödinger's cat )

The week started on Saturday with my going into Dr Johnson’s House and being shown the coronavirus policy, it involved hand washing. There was a vague feeling that the place may be shutting at some point but no real notion it was soon. My sister was supposed to be in Prague but the Czech Republic had shut its borders and my Mum’s birthday present of a ‘good day out’ was unlikely to happen soon. The museum itself was pretty busy, certainly busier than the earlier weekends of storms and I even got to chat to some Danish people who were having a lovely trip to England. Similarly at the laundrette, there was a notion that things would get worse but not any real feeling of imminence.

It was Monday and my journey to work that I realised things were different. A few months ago, I accidentally reset my alarm clock in my sleep and came into work two hours late - this felt the same. The streets were not exactly emptier but more subdued, it was like each person took up less space, especially less audio space. It was like the beginning of a zombie film.

Walking into work was like walking into limbo or a dreamworld. Everywhere things were arranged as if were were going to keep coming back as usual. Trips were still on the cards, visitors scheduled to come in and weekly deep dives and progress meetings as always. At the same time, there were emergency emails ensuring we could all keep in contact if we had to go home later in the week, or the day, or the hour. I now know how Schrödinger's cat must have felt in his theoretical box. Our school was neither dead nor alive, nor even undead.

We had our usual Monday planning meeting. We planned lessons for next week. We plotted in extreme detail the lessons, the resources and the groups we would have. We did it all with the ghost of not being at work next week, though not being able to rely on not being at work. I popped into the head’s office to thank her for keeping us as informed as possible.

Tuesday was much the same. We carried on as if everything was normal, we half pretended that things were normal but we knew things were not. There was an emergency staff meeting where all the teachers were taught how to use a remote access classroom programme while we teaching assistants sat in the hall with all the children and watched the ‘live action’ Lion King, it sucks all the life out of the original.

It was Wednesday when things happened properly. Halfway through the day, the Welsh and Scottish devolved governments announced that they were to shut schools. Boris Johnson had started making daily announcements and this one was going to be for us. I was excited, I’d wandered around the school getting teachers to show me elements of the programme so I could get involved. There was a thrill as I left the school, knowing the briefing would start in my walk home. I fizzle of excitement, that I was living in unusual times and was sort of privileged to see them.

I decided to take a chance with the big Sainsbury’s, I needed milk, bread, toothpaste and possible ingredients for a casserole or stew of some kind. Everything was empty. There was nothing in the fruit and veg aisle but watercress in packets and a handful of sprouts. All the fruit and veg had been stockpiled, I needed onions but there were none. All I can say is that whoever took all the onions, I hope you’re crying now. Neither was there meat, even the black pudding had all been taken. There was no milk, there was not a single item in the bread aisle. Even the Staffordshire oatcakes, which I swear I am the only consumer, had been taken. I collected a random collection of stuff and went home, thankful that my school provide a very decent and reasonable lunch.

Once home, I started my now usual evening practice of face-timing my parents. The news was filled with the news that schools would close by Monday. With my school closing, I could move in with my parents and work on my computer. London was getting crazy, there was no food to be found and that I’d soon not have anywhere to do my laundry either. As I discussed terms with her, we created a fun image of the future with my living in relative comfort and being able to pitch in with them. Then I got the email from school. It stated that the school would not be closing as such but would be looking after the vulnerable children and the details of that would be announced soon. I pictured a nightmare scenario of teacher’s at home in their pyjamas doing a small piece of work and me slogging it out every day with the difficult children. Even worse, this nightmare scenario would be over the easter holidays, the half term ones and the summer ones too. The selfish part of me railed against everyone else in the world barely working from home and my having to work more than usual. I pictured slogging through empty supermarkets. I pictured no clean clothes. Then I got an email saying that the Dr Johnson Reading Circle was closed, then one saying the Dr Johnson House was. Then I cried.

Chatting with people the next few days, we all had at least a moment like that, when the stripping of joy and pleasure and normality got to us and we had to have a little tear, that was mine. As my sister said, “it’s like everything but work is gone”. It’s not, the Reading Circle established itself on Facebook, I’ve never phoned my family so often and my books are not going anywhere. But it’s right to have a tear for all the things that are lost for now, and to move on.

Thursday was an agony of waiting, as much of the week had been. More details would be given about the future situation, but when? The story doing the rounds at school had been how one of the office staff had gone to buy a 60p pack of paracetamol and been charged £10 for it, but other than that, staff members were trading tinned tomatoes for bread and generally sharing what they could. In terms of lessons, most of the school watched films but our year group, despite being a teacher down, carried on as usual. There were few enough kids to fit the whole year in one class and we went through the rituals of writing lesson, reading lesson, maths lesson and the like. During my lunch break, I saw a man running down the street with a red Iceland’s basket full of food, I reckon he must have stolen it. The information at the end of the day this time suggested some type of rota, yet the lady in charge of the Borough had demanded all staff come in for all the days.

I walked home utterly unsure of what lay ahead still, a tension across my back that seemed to have been there forever. I wandered into Londis to see if I could score some toothpaste. What had always been the ‘shop if I’m not really shopping, shop’, that had always seemed empty of anything useful, now seemed like a glorious Aladdin’s cave. They had loo-roll (didn’t need, didn’t buy), they had tinned beans, bacon, bread, milk - such glorious staples that I had never quite so appreciated till that moment. The prices were the same as always, the shop only a little busier. The man at the checkout had a smart blue-checked suit and yellow marigolds. I narrowly missed a shoving fight about proper queueing etiquette that happened as I left the shop, but that’s not so different to usual.

On my way to work on Friday, I passed the big Sainsbury’s at 7:45, long before it opened. There was a mass of people, fifteen deep, ready to burst in and take everything. Once people had over-shopped once, surely they wouldn’t need to come back for a few days. 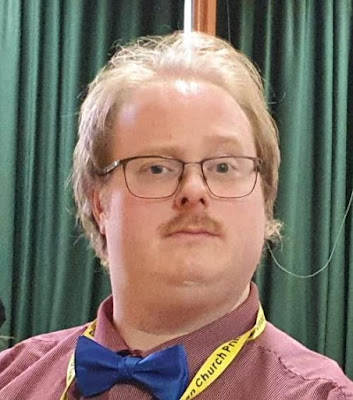 I entered school with a mixture of expectation and mournfulness. The children’s numbers had already dropped to half the school and we were hurriedly creating packs to send to those who were at home. One of the children had joined the school only the day before. Two of us from year five had been planning to come in on April Fool’s day with moustaches and bow ties, we did it today. I think it may have exacerbated the surreal feeling of the day but it did make a few people smile. Despite feeling like an eternity, the day was done and we said goodbye to the children left. There was nothing of a holiday spirit, just a sad emptiness.

We had a meeting where we got two pieces of good news. The first was that offsted workers had been declared key staff and now had to get into schools and actually work, there were a number of schadenfreude smiles at that. The second was that the school had already arranged an Easter provision for the children and the company running it were desirous to fulfil that contract, so we did have Easter off (and I could go see my parents for a bit).

As for the two weeks up until Easter, we’ve been put in five teams, each team spends two days a fortnight at school, four as first reserve in case of illness, whilst being at home and  making work for children and four days making work without the expectation of being called in. I am in plague team A and (at the moment) I very much like the people in it with me. Long may that be the case.

The most shocking part of the whole school situation is that school’s have not been shut but repurposed as something completely different, it’s as if school’s have been eradicated and replaced with something else. Amazing that an institution can just change like that overnight.

We sat in a classroom drinking tequila and chatting, for the last time together for a while. We heard Boris announce the closure of gyms, cinemas, pubs and non-essential shops. He said he thought the virus could be turned around in twelve weeks.

(Confusion at school, a new variation on 'it' and a new chat up line.)


(A week at school where it's open, closed then repurposed as something else.)

Email ThisBlogThis!Share to TwitterShare to FacebookShare to Pinterest
Labels: Journal of the Plague Year 2020, Something Else, Thoughts