Journal of the Plague Year 2020 (Entry Five: Lego and Ice-cream )

Saturday arrived with its exciting promise of nothing. No chance to volunteer at the Samuel Johnson, no chance to do anything. Apparently people filled the time by filling the parks, it was pretty much the first sunny day this year but I wasn’t one of them.

I happened to be checking out some old email inboxes when I found a notification from ‘How does it feel to be loved?’ a club night I’ve been intending to go to for the past fifteen or so years. They were holding a virtual club night, all I had to do was go to one website for the music and another for the video conference. There was a Brady Bunch montage of people dancing about, some using toilet roll as a feather boa, others strutting their funky stuff around their rooms. Once square had proper disco lights, another featured a guy with a beard, another a few friends. I also danced, sitting in my chair and swaying about to the brilliant playlist of indie and northern soul. At one point someone shared insipid porn with the group but they were ejected and the dancing continued.

On Sunday I went to the laundrette, not knowing if it was my last opportunity to use it. That done, I went back home and did something. I’m not sure what. The main trouble with the forthcoming spare time is that all usual pleasures are tainted somehow. Rather than reading with joy and pleasure, it becomes pale and uninteresting, as does all writing - my mind keeps trying to be somewhere else. I imagine this is what life is now.

The other thing, is that I had developed a truly nasty case of handwasher’s scale, a dry and itchy flakiness on the back of my hands that match the dead, sun-starved skin under my eyes.

It was also on Sunday that I developed an intense yearning for fruit, which could not be sated.

Monday brought my first taste of working from home. The strangest thing for me is that the work I do at home is nothing like the work I actually do at work. I had some fun with the Google-classroom, setting some work and marking others. Most of the day was filled with mucking about on video chat with the other staff, chatting and showing each other our houses. The best part was a form where were to fill in the activities we would do with the children when we were actually in work. With so many people on it, there was a joy in editing their entries as they wrote them and mostly getting in the way.

On Monday night, a more stringent lockdown was announced. Tuesday was my first day of going into work. The park was busier than usual, full of joggers. The weather was glorious. I painted a rainbow, a made a peacock and I played dressup with a group of four year olds. The oddest costume being a dalek one consisting of a hood, a blue dress and some dalek arms that velcro roughly in the place where the nips are. Dalek boob tassles. In the afternoon, I played parachute games. I also really got to stock up foodwise on the way home. 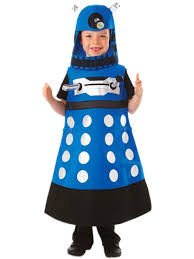 Wednesday was more of the same but with fewer children. I spent a lot of time playing football (which wasn’t as fun as dressing up) but I also got to play parachute games again.

The next few days were this strange working from home thing. We developed a game to know when to speak on the videochat. A person would hold an object as a microphone and when it was passed, the other person used a different object, the objects became weirder as we went.

The biggest event of the week was probably a clap for the NHS. It bubbled up, got louder, there were fireworks and car horns. It went on for five minutes. When it quietened down one person said, “thank you”. There are already stories of joggers and delivery drivers thinking it was for them.

Quote of the week going to the parent of a child who hasn’t been getting involved with all the work we’ve been posting them. He is not doing his work because he’d prefer to play lego and eat ice cream. Sounds like a good life kid, a good life indeed.

Email ThisBlogThis!Share to TwitterShare to FacebookShare to Pinterest
Labels: Journal of the Plague Year 2020, Something Else, Thoughts