Review: A Trip to Canonbury House

"I bless God for my retreat at CANBURY, as it was the place of the nativity of my children.”
Christopher Smart, Jubilate Agno

I had long wanted to go and visit Islington’s oldest building, Canonbury Tower. It’s not an easy thing to do. Owned by the 7th Marquis of Northampton, who mainly uses it as a storage space for various masonic tat and only opens once a month. Even Susan Hahn, our very knowledgeable guide, wasn’t allowed a key. 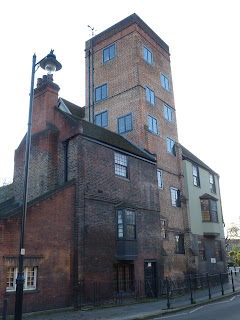 I had mainly wanted to go because of the Newbery link. John Newbery is now famous for his children’s literature (and the literature medal now named for him) but he was a publisher who Johnson described as ‘Jack Twirler', a constantly moving go-getter who can’t sit still for two minutes and helped ‘raise the worth of literature’. He owned the nearby Canonbury House, a modern Georgian mansion which also gave him access to the tower. He would house writers in the tower, including Goldsmith and Christopher Smart. Goldsmith describes himself wandering the fields of Islington trying to be funny ("I have been strolling around the hedges studying jests with a most sorrowful countenance"). Smart even raised his children in the house with his wife, Anna Maria Carnan, Newbery’s stepdaughter.

I wasn’t expecting those stories to be some of the smaller ones. 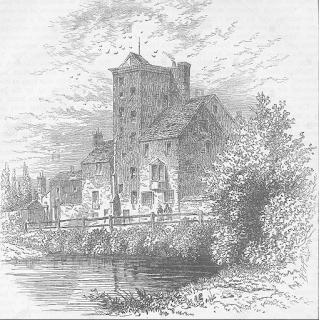 The tower in countryside Islington

The tower is the main physical remnant of Canonbury Court, a  medieval manor house owned by the canons of Smithfield. Following the dissolution of the monasteries, the tower was given to Thomas Cromwell, who used it as a comfortable country retreat. He didn’t have it for very long before his downfall where the house, along with his other properties, were used as part of the divorce settlement for Anne of Cleves. She rented it to John Dudley, the Earl of Northampton who was decapitated for trying to install Lady Jane Grey as Queen instead of Mary I…the house doesn’t seem the luckiest of places.

Another rentee was Francis Bacon, a source of many stories in the house. There are bullet holes in one of the tower rooms that are attributed to an argument between him and Walter Raleigh. I’ve also read a novel (A Dead Man In Deptford) where Bacon and Marlowe are doing secretive alchemy-esque things in the tower. If you are one of those people who believe Bacon wrote Shakespeare (I don’t), it is in Canonbury Tower where the original manuscripts are supposed to have been hidden.

The house was later sold to an ex Lord Mayor of London, whose daughter was reportedly locked in the tower to keep her away from the amorous intentions of an improvident Lord. This Lord, being well bred, reputedly disguised himself as a baker’s boy and snuck her out where they had a Fleet wedding. This Lord being a Northampton, the tower passed to that family and has been ever since. The family lived there when they were trying to be quiet during Cromwell’s protectorate but haven’t lived there since. 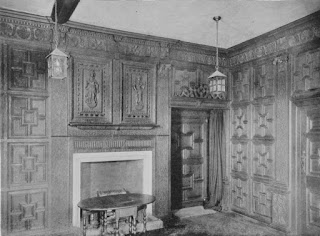 At one point, rooms were rented out and Washington Irving moved in to write his Goldsmith biography and feel close to him but was driven to distraction by the landlady charging people to peek through the keyhole at him.

The place smells funny, there are some intricately carved walls and the ever-present notion of damp but the view is wonderful, the history fascinating and the atmosphere palpable. I loved it and I recommend it is an unusual and special trip for anyone near Islington.