A Few Words on my Trip to Venice 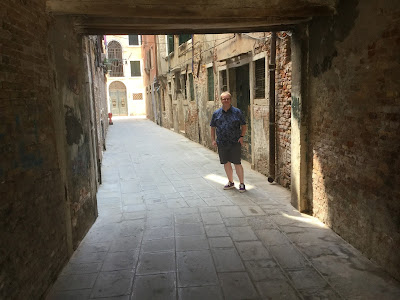 Last week I was in Venice and I now have sore eyes. How could I shut them in such a beautiful and interesting place?
Everything about Venice fascinated me; from its foundation as a refugee camp fleeing from the Mongol and other ‘barbarian’ invasions on the flailing Roman Empire, to the development of a unique and peculiar republic that fought the battle of Lepanto - the last major battle fought with galleys and battering rams, to the masked and revelrous world that birthed Casanova and finally, the tourist magnet it is today. 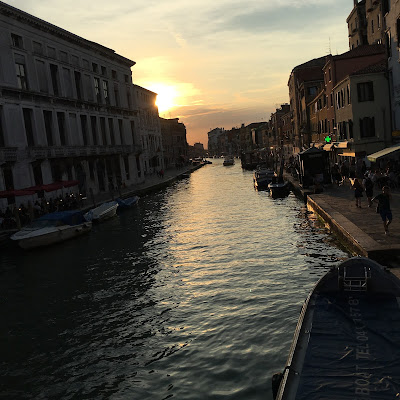 What struck me most was how I had been mislead by the word ‘canal’. I had in my mind the British form of canal that was championed by the Lunar Society. It is a purposeful, dug-up system created to make transport easier. Venice’s canals and waterways are what have shaped the city, often as an obstacle to be overcome. Even today; food, toilet rolls and other necessities are boated into the Venetian islands where porters load up handcarts and push them all around the city. It reminded me of eighteenth century London, which also boated in products to be carried throughout the city - it created a thriving atmosphere, the porters providing a bloodline throughout. 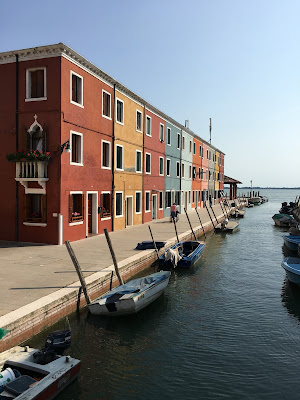 I wasn’t there long but in that time I managed to boast myself around the lagoon, exploring the glassblowers of Murano (where one of Casanova’s lovers was ‘safely’ ensconced in a nunnery), the astonishingly pretty Burano (birthplace of influential eighteenth century composer Baldassare Galuppi) and the tranquil Torcello (where I sat on ‘Attila’s Throne’). 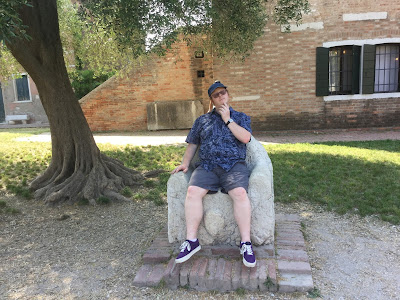 I also explored the Jewish ghetto - a specifically Venetian word that originally meant factory but eventually applied to all deprived, squeezed and downtrodden areas. On a lighter note, Venice also gave us the word ‘sequin’, named after the zechinni, a small shiny coin of the republic. 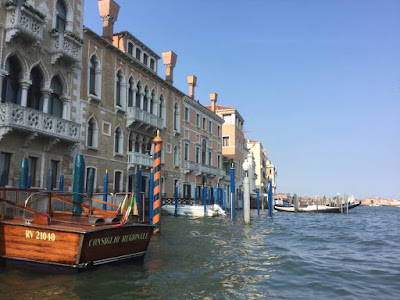 To the art or museum fan, Venice has far more than can possibly be enjoyed in less then three weeks. I enjoyed a number of churches, from the ancient one on Torcello to the famous St Mark’s - though I most enjoyed the trip to the Doge’s Palace. First I was fascinated by the system of government, the various councils and committees, the secret postboxes to denounce heretics and the Bridge of sighs over to a warren of dank prison cells. I spent hours wandering the halls of power and listening to chunks of tours. Finally, I also explored a few museums in St Mark’s square where there was much to enjoy. 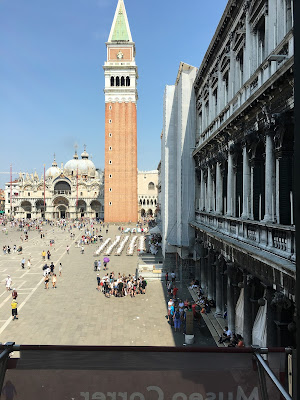 It’s hard to explain how many interesting things I saw..in writing this, I feel I can either write a page on each thing or a sentence. If you haven’t been to Venice, I’d recommend it straightaway and I’d ask if you fancied taking me.

P.S
A hilarious contribution to the genre of 'ugly baby Jesus' paintings. 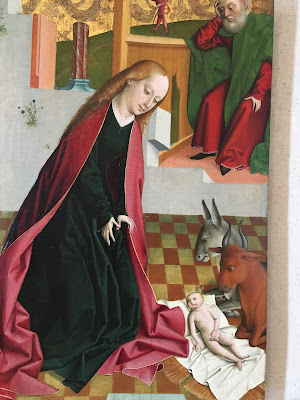