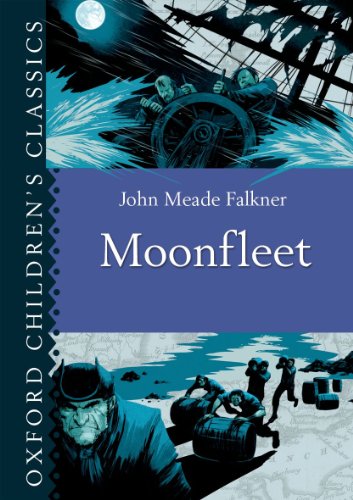 Moonfleet is a family adventure story about John Trenchard, a boy whose curiosity accidentally leads him into smuggling escapades and on a treasure hunt. It’s a hard book to talk about, not because it’s bad or empty of event but because it is so great, and so self-contained in its greatness.

Each chapter could serve as a decent short story in itself, with a central exciting moment or situation, yet the chapters follow on from each other with an inevitability that drives you forward, escalating the stakes each time. The first chapter sets up the village itself, the ‘Why Not?’ Inn and its crusty landlord Elzevir Block who is grieving his only son, killed by a nouveau-riche, interloping lord of the manor. It becomes a Gothic story for a bit, with tales of restless ghosts, coffins banging about in floodwater under the church and a tense scene where our protagonist hides in a coffin next to a corpse. A corpse whose beard he accidentally rips off. Then the story becomes a smuggler’s tale with dark, windswept beaches and hidden caves. Then a treasure hunt, a tale of unscrupulous diamond dealers, a prison tale and a shipwreck story. Each one is presented in its purist form, nothing can be taken away.

The tensest moments in the book include the auction by candle (a real historical practise), each second the flame burns the wax tightens the atmosphere. Then there’s the chapter where two characters climb a vertiginous goat track, one with a broken leg, while an armed posse pursues them. That’s not forgetting the chapter where a character descends a deep well in the hope of finding a flawless diamond while another waits up top with a third, possibly untrustworthy figure. (Incidentally, Blackbeard’s treasure is the perfect use of a McGuffin, an item everyone wants which powers the plot through its desirability rather than its actual contents).

That’s not forgetting the simple but effective portrayal of the characters. John Trenchard is admirably curious and rather naive, he can be weak in both body and mind, which leads him into some real trouble. There’s Elzevir Block, who is a tough person, a feared one in some quarters but who also manages to be the warmest, finest and most admirable father figures I’ve read in fiction. Leon Garfield must have loved this book, he loved a morally complex mentor. Maskew, in many ways the instigator of trouble for John and Elzevir is both easy to hate and oddly sympathetic at the end. His daughter, Grace gets a few moments of strength as his long-suffering daughter and distant love interest. Like the rest of the book, the characterisation is simple, possibly even a little basic, but they hold up rock-solid because of that.

The writing wobbles a few times, Falkner is a little too fond of the word ‘lief’ and describing a man as having ‘the finest forehead that I ever saw’ sounds very silly, what consists a ‘fine forehead’? However, when the tension needs to ramp up, it does and the book finds itself at a very moving sacrifice.

I read the book because I just finished Alex Preston’s Winchelsea and found it lacking. If Winchelsea wanted to be a grown up Moonfleet, what would the not-grown up Moonfleet be like? Far more grown up then Winchelsea it turns out. Where the modern book had a baggy, rambling plot that seemed to circle round to itself, Moonfleet pursued its story beats along a simple chain of cause and effect with a dogged determination. Where Winchelsea wanted a cluster of complex characters with different motives, Moonfleet sketched clear and compelling people who were consistent with their own wishes and desires. Winchelsea falls apart like crumbly pastry but Moonfleet is as self-contained as a stone. I wanted to write more about Moonfleet but I can’t, it’s not a grand book or one that tries to say lots of important things but in its own way it’s peculiarly flawless, which makes it hard to talk about, there isn’t a crack to find a way in. Short, fun, easy to get hold of, if you haven’t read it before, I recommend you do. 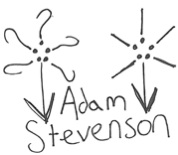