Review: 'The Mermaid and Mrs Hancock' by Imogen Hermes Gowar 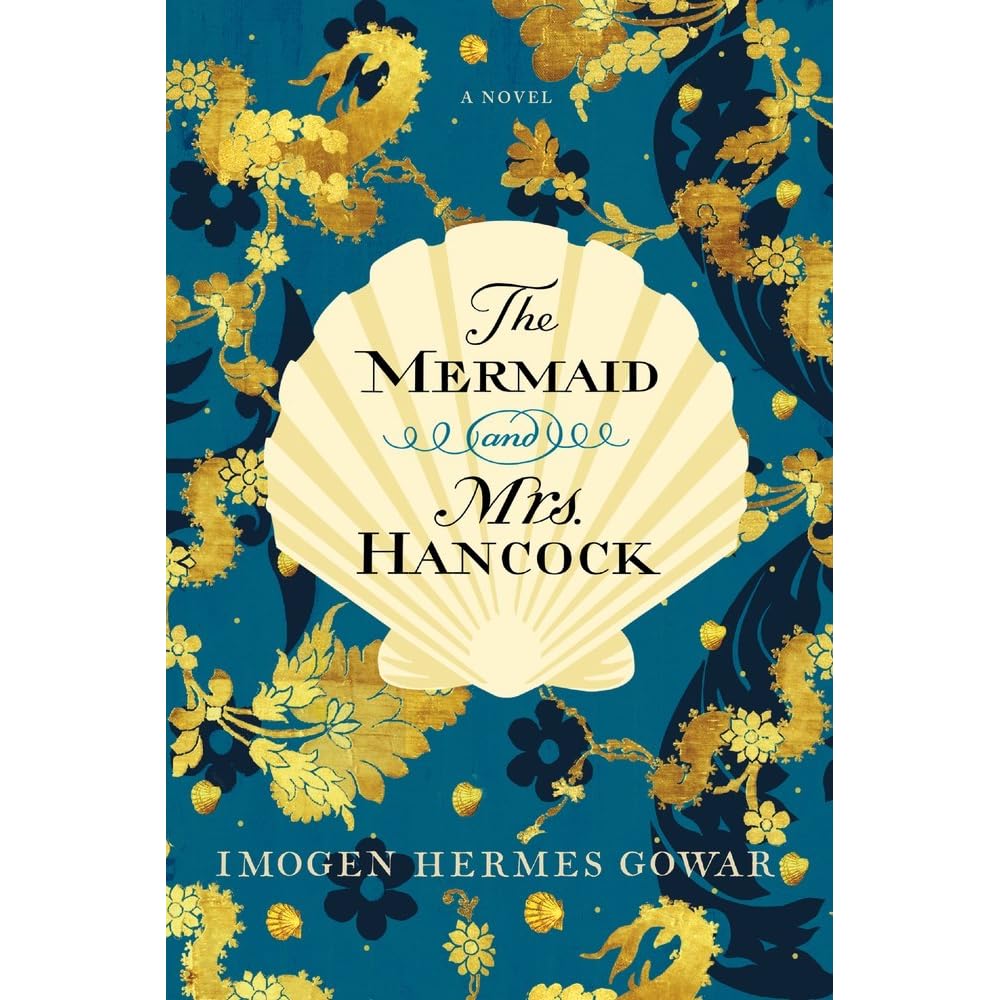 I find it interesting that both good and bad reviews for the book point out the beauty of the writing compared to the relative sluggishness of the characters and meandering plot, as if those things were not inextricably linked. This is a book where the prose threatens to sink the novel as a whole.

It’s narrated in third person omniscient but present tense, not an impossible feat but immediately setting up something of a tightrope that needs to be carefully walked for the entire 500 page novel. Omniscient narrators work best (to my mind) when they are strong and characterful, like Fielding in Tom Jones, teasing the reader with that omniscience. Similarly, I feel that present tense works better in the first person, where the immediacy of one complements the other. To have third person omniscience and present tense together, without an intrusive narrative voice, means the book seems to drift around without an anchor.

Combine this with the distancing affect of self-consciously ‘beautiful’ writing and the book seriously detaches the reader from the plot and characters. In the first chapter’s eleven paragraphs, two are dedicated to describing a cat playing with a mouse. The cat returns in the next chapter where a description of a cat crunching on a mouse’s skull is mixed with the character of Mr Hancock filling with hope, which makes it seem like it is the cat’s crunching that enlivens him.

The author has a fondness for unusual words. A woman speaks ‘stertorously’ and has an ‘apneonic doze’, a crow has ‘bombazine’ feathers and many people ‘fossick’. These word choices seem not so much attention-grabbing as attention-seeking. They aren’t part of an attempt to create a period language, as words like ‘fossick’ come from the Australian gold rush, nearly a hundred years after the book is set. Whilst a reader can decipher the meaning of a phrase like ‘apneonic doze’, it would pull them out of the book far less if a simpler phrase like ‘interrupted sleep’ was used.

Another example of attention-seeking writing came in the first transition between the locations on the London Docks and the richer houses of the West End. The conceit is of a crow flying from one to the other (it’s the crow with bombazine feathers no-less). This is cinematic and is a more interesting way to introduce the second main location than just ‘cutting’ to it but the narrator then quibbles about whether a crow would indeed fly such a distance but then decides not to quibble as the bird is only a ‘conjectured crow’ and not a real one. A whole paragraph about a crow that the text itself admits is imaginary. This may have worked if the narrator made frequent quibbles and interruptions, but this is the only one of the kind.

Maybe the writing style calmed down, maybe I started to jibe with its rhythms but I started to get into the story and grew to quite enjoy it. Although the characters were never quite real to me (or enjoyably false) I did grow interested in their situations.

Jonah Hancock is a lonely widower, haunted by imaginings of his stillborn son who is given a mermaid by the captain of one of his ships. It’s a shrivelled, monstrous thing, like the Feejee Mermaid in the Horniman museum, unlike any beautiful creature of legend. He finds himself in the unlooked for position of showman, displaying his monster with the aid of his sensible and intelligent niece, Sukie.

Meanwhile, Angelica Neal finds herself in a free but precarious position after her long-term keeper, a rich duke, has died. She’s eager to get back on the town and make the most of her beauty before it fades. She’s aided by Mrs Frost, her grumpy charwoman. She’s also hassled by Mrs Chappell, her former bawd, who wants her to rejoin her brothel.

I don’t wish to go any more into the plot but they include a mermaid-themed sex party, political machinations within the brothels, sudden reversals of fortunes and a hunt for a real mermaid.

I particularly enjoyed the chapters with Mrs Chappell, who was probably the most interesting character. I could never work out whether she was a hard-nosed businesswoman wrapping up sordid deeds in ribbons of altruism, or whether she was a generally well-intentioned woman who found herself forced into being harsher than she would like. I suspect I was supposed to find her the former, but I found her the latter, especially compared to Mr Frost when she set herself up as a bawd. Mrs Chappell wasn’t shown to have whips on the wall to discipline her girls (though she did have a flagellation machine for punters). That Mrs C gets an extremely brutal comeuppance seemed rather unfair.

As for the main characters, I found Jonah Hancock to be a little mopey and he became mopier still as the book progressed. I couldn’t quite see why he falls in love with Angelica beyond viewing her as a prize. Similarly, I found her vain and rather shallow, seeming to cling to him as a port in a storm. That they marry and rub along reasonably together, I could understand, neither of them were so unlikeable that they couldn’t get on but it didn’t exactly seem a love story for the ages.

As for mermaids, occasionally we had a mermaidy chapter. These were in italics and the mermaid/mermaids say vague things about ‘something about to happen’ and other mystical, easily ignorable things. I assume these were there to remind the reader that mermaids actually exist in the world of the book. When one is caught, I found it depicted really interestingly. The mermaid is part of the water, a shoal of almost invisible parts that give off the ‘feel’ of mermaid more than the sight. The mermaid also infects the air of everywhere she is with a deep melancholy and a number of characters fall under her spell. I thought this mermaid was a much better choice than having Daryl Hannah moping in a tank and worked well as a metaphor for nostalgia, and the past as a baggage, which the main characters had to deal with before building a future together.

Overall, I enjoyed The Mermaid and Mrs Hancock more than I expected from the opening few chapters, and I would be interested in reading what Imogen Hermes Gowar writes next. Only, for my taste, I’d prefer it if she leaned into it less as a writer and more as a novelist.