Under the Glass: Vital Inessentials - animals through time. 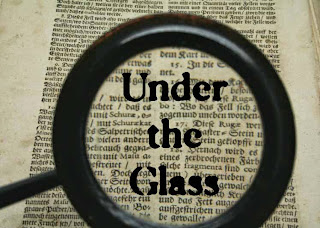 I’ve been reading Moon Tiger by Penelope Lively. It’s one of those books I bought and planned to read about twelve years ago on hearing that the author would be running some of the sessions in my Masters. She talked about reading as a writer and was very lucid and helpful in conversation and questioning after - but I still didn’t get round to any of her work this week. I wish I had read it when I planned but I wonder if I’d have been ready for it then.

There’s a part in the book where Claudia, the main character, is considering the forces that sent the Mayflower ‘pilgrims’ and their voyage and remarks on how there was a Spaniel on board, describing the dog as;

“One of those vital inessentials that convince one that history if true.” 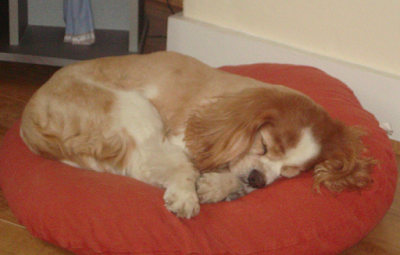 It’s a nice little phrase, and pretty accurate, there is something about the trivial and ephemeral that feels real in a way that the lofty, grand or solid does not. Dogs are often a good example, Samuel Pepys, whose diary is full of the most wonderfully incidental detail, found himself at a key moment in history in the first year of his diary. He is the secretary to his cousin, the future Lord Sandwich and finds himself on the ship tasked with meeting the about-to-be-crowned Charles II. He has a few remarks to make about the king, the true telling detail, is his observation that king’s spaniels shit on the deck of the ship much as any other.

Hogarth identified heavily with his dog, Trump. (I can’t work out whether that name is less or more fortunate nowadays). It’s not impossible to say owner and dog looked alike, Hogarth being a little dented and puggish himself but they also have the same small-dog, big bark energy. Hogarth felt like the small dog jealously guarding his territory and felt that British visual art had a similar position in the world. One of my favourite depictions of Trump comes from a painting designed to cheer a friend up which includes the detail of Trump, pulling a silly ‘blep’ face, wearing Hogarth’s expensive wig.

Goldsmith was certainly a dog person. He wrote his Elegy for the Death of a Mad Dog, in which we are certainly on the side of the poor dog who dies after biting a nasty, poisonous human. In his History of the Natural World he goes on a long praise of dogs; ‘the most intelligent of all quadrupeds and the acknowledged friend of mankind.’ Independent of a dog’s ‘beauty of form, his vivacity, force and swiftness, is possessed of all the internal qualifications that can conciliate the affections of man, and make a tyrant a protector.’ He praises dogs for their courage, intelligence, faithfulness, friendliness, constancy of affection and willingness to please. On the other hand, he was not a cat person and gave them only one paragraph in which he describes them as a ‘faithless friend’ who is only tolerated because it can catch an ‘insidious enemy’.

Samuel Johnson was a well known fan of cats, and the universal spirit of the cat can be felt when he aplogises to Hodge after describing him as ‘not my favourite’. Even in the medium of exalted religious poetry, Kit Smart’s Jeoffry still managed to evoke a cattiness that still passes down to this day in his ‘mixture of gravity and waggery.’

There’s something about animals, especially domestic ones, that reach across time. Although our conception of them has altered and changed over the years, their essential characteristics are the same now as then - and I think that may be true of us as well.