Review: The Life of Robert Coates’ by John and Hunter Robinson (and a little about Banvard's Folly by Paul Collins) 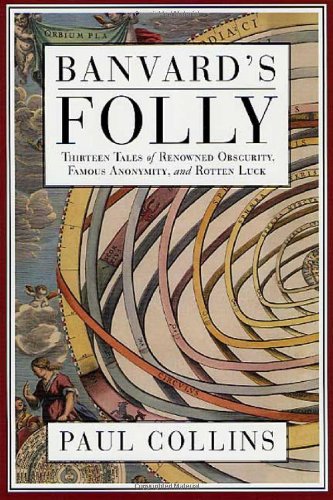 One of my favourite non-fiction books that has had a lot of influence on me was Barnvard’s Folly by Paul Collins. Each chapter is the biography of one of history’s failures, it was through this book that I first discovered Psalmanazar, the pretend Formosan; Martin Tucker who was one of the bestselling poets of the Victorian era but is forgotten now - and of Robert ‘Romeo’ Coates.

in Barnvard’s Folly, he is introduced as a privately wealthy heir, who used his money to bully his way onto the stage where he failed utterly. He rewrote Romeo and Juliet to improve it, giving himself a far longer death scene which included Robert Coates, in a diamond spangled silk concoction of his own design, dusting the stage with a little brush before dying neatly. He strutted, whispered, grimaced and groaned. When he was in his terrible throes of love-acting, wags in the audience called for him to ‘die already’. Once, his trousers were too tight and split on stage, ending the performance early. At another point, the game began to be throwing things onto the stage - the funniest moment being when Mercutio was hit in the nose with an orange. In response, future Coates performances included a significant reward for information leading to the conviction of anyone caught throwing things. Coates also fought back against rough audiences by stopping his performances and shouting at them, and by following performances with sarcastic monologues.

Coates was not only ridiculed for his acting though, he was also laughed at for his elaborate clothing, which he designed himself. He also designed his carriage, it was shaped like a shell, covered in golden cockerels and the slogan, ‘while I live, I’ll crow’. For this reason, he was often greeted (and heckled with cockerel crows).

The ‘Further Reading’ part of Barnvard’s Folly described only one biography of Robert ‘Romeo’ Coates, describing it as essential but impossible to find outside of a library, so I was extremely glad when I discovered a copy of  ‘The Life of Robert Coates’ by John and Hunter Robinson for sale. 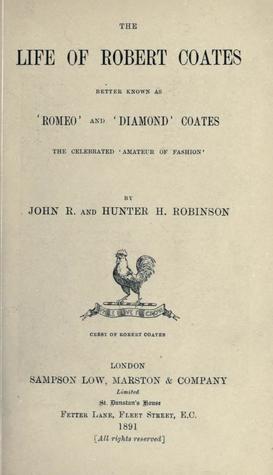 From the start, this biography is a far kinder to Robert Coates than any other treatment of him. His silliness is excused and the book tries hard to redeem Coates’s acting. This should suck a lot of the fun out of the book but it doesn’t as many of the side characters are extremely entertaining themselves.

There’s Baron de Geramb, a man with an ‘enormous hirsute appendage’ in the form of a moustache, saved a man from drowning, influenced the British Hussar uniform, was forcibly removed from the UK (threatening to blow his house up in the process) and later  become a Trappist monk in Italy.

Another character is Miss Tyley Long, a rich, beautiful and funny heiress who Robert Coates tried to woo, and was featured in a caricature with a great many other people. Unfortunately for her, she married a man who spent the fortune and then died, leaving her in heavily reduced circumstances.

Another character mentioned is William Kitchiner, a thrower of eccentric dinner parties, whose own son may have poisoned him with mushroom ketchup. Kitchener is also the subject of Dr William Kitchiner, Regency Eccentric, Author of ‘The Cook’s Oracle a book I’ve described in my notes as ‘almost illiterate’.

There’s even a Johnson link, (when isn’t there?) as Euphemia Boswell, James’s daughter turns up to ask Coates for charity. She had a reputation for being a little mad, and Coates’s refusal to lend aid started a very tiny paper war between them.

As for Coates’s own eccentricities, they are acknowledged but rather explained away. He had lots of money and wasn’t encouraged into a trade and so found acting. That he loved it, and also enjoyed designing elaborate, kitschy (camp?) costumes for himself, as well as his scallop-shaped carriage, are all examples of his fun-loving, exuberant personality.

What the authors stress, time and time again, is that the promise of Robert Coates on a playbill put bums on seats, and many of them were not just there to laugh. He consistently packed theatres beyond any of his professional peers, packing out Drury Lane as nobody has before Garrick. Being a gentleman, he didn’t request a wage for his performances and did it purely for love of the craft, filling auditoriums on benefit nights and helping many actors through times of hardship. Yes, things got rowdy - audiences would chat “why won’t you die’, Mercutio had an orange in his nose and walked off,  he put rewards out to arrest anyone who threw items during a performance and  he heckled the audience back - but he was never boring, he always performed to aid someone else financially, and he always had a full house. 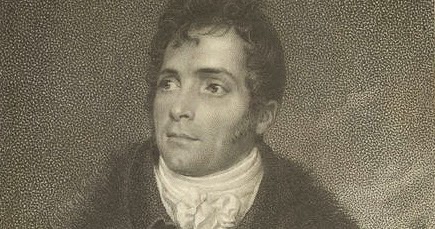 There’s even a suggestion, that when he forswore the stage and gave only private performances, he could be quite good. Some men getting him to do a monologue some years after his heyday, couldn’t understand why he had been heckled so.

Coates’s downfall was as the result of something good - namely, the abolition of the slave trade. Not only did he have plantations back in the West Indies that relied on slaves, he also had other financial stakes in the Caribbean which became uncertain. As a result, he had to scale back his operations, married and moved to France for a while. He wasn’t so poor that he couldn’t live in the fanciest suite of rooms in Boulogne-sur-Mer though, and gave a heart welcome to Louis Philippe, the last King of France.

With his finances settled, he moved back to London where he was greeted outside Whites’ Club, with his nickname of ‘Romeo’ Coates. He politely said that he’d retired that nickname and was to be known as Robert. He’d entertain in private but his days of ‘the Celebrated Amateur of the Stage’ was over. It was on his way back from the theatre that he was struck by a horse-drawn Hansom Cab, dying a few days later from his wounds.

Robert Coates is often linked to other people self-deluded about there own talent, like William McGonagall or Amanda McKitterick-Ros but this biography argues that instead, he should be celebrated as a man who did what he loved and brought joy to many. I do wish the book had enjoyed itself more with his reputation as a ham but he emerged as a kind man with a childlike excitability and I’ve grown a rather soft spot for him.