Review: The History of Tom Jones, a Foundling’ by Henry Fielding (Part Two) 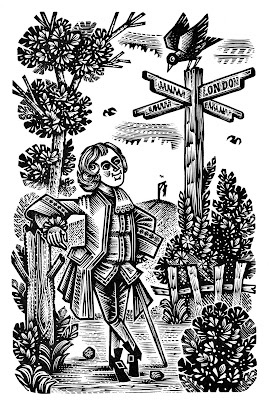 Last week I looked at ‘The History of Tom Jones, A Foundling’ and why I love it for its tone and narration. This time, I shall look at how the characters help make it the wonderful novel it is.

Tom is not much of a character himself. He’s likeable, charming and good at heart – relatable but not exactly interesting. Certainly, when comparing him to the more extravagant members of the rest of the cast, he doesn’t exactly shine.

Sophia his beloved, on the other hand, is contradictory, determined, smart and takes things into her own hands. Fielding based her on his first wife, Charlotte Craddock. Sophia is fantastic, starting out as something of a weak damsel but quickly gets bored of that situation and takes charge herself, quitting her house and going to seek Tom down. By the end of the novel, the main obstacle between Tom and Sophia’s marriage is not class, wealth or imprisonment – but whether Tom can prove that he’s even worthy enough to marry her. As well as being an enjoyable character in herself, she makes a great double act with Mrs Honour, her maid.

Another great servant character is that of Benjamin Partridge, the man accused of being Tom’s father, he later becomes his manservant. He’s a good man but heavily put upon by the world – and not very bright. He confuses theatre for real life, quite an old joke at the time, but done well. His misunderstandings and loose lips cause constant problems for Tom, but his heart is in the right place, and that is the most important in this book.

Leading those whose hearts are not in the right place is Blifil. He is the nephew of Squire Allworthy (who is as kind but dull as his name suggests). Blifil is outwardly kind and gentle but really is an oily schemer, who does all he can to get in Tom’s way. He is supported by Thwackum and Square, the boys’ tutors. Thwackum is a rough brute of a man, who believes in the appearance of religion above anything else. He is is the model of pretty much every evil teacher ever since, down to Miss Trunchbull. Square is a little more nuanced, he uses sophistry to argue all his worst impulses but by the end of the book manages to have a moral turnaround and support Tom.

Another enjoyably unpleasant character is Miss Wilson described as ‘no welcome visitor’, who has never seen a man without his jacket on, she is uncharitable and cruel to anyone she perceives as below her. She’s the one who finds Tom in Squire Allworthy’s bed and initially wants to take him to the parish to look after. She even declares that the baby doesn’t ‘smell Christian’. When Allworthy immediately takes to the baby, her opinion changes and she declares that it might be a Christian after all, though she is secretly pleased to hear every bad thing she hears about Tom after that.

Probably the largest character in the book is one whose heart veers wildly between the good and bad. His is just too volcanic a character to keep in one place and explodes wildly in joy, anger, grief and probably a little more anger. He is Squire Western and as Sophia’s father is the ogre that imprisons the maiden and chases after her when she escapes. His chase is one of the funniest parts of the middle section of the book, gallivanting around, blustering through other plot threads and then getting distracted with hunting. If he wasn’t such an entertaining character, he’d probably be a monster, but he is so entertaining.

I said a little before about how Fielding’s broad characterisation help his story, with some of the clearest and most distinctive delineation of types of people until Dickens came along. There are plenty of characters to love, hate, root for and boo - that, along with the playful tone of the book, succeed in bringing it to what is (for me) the pinnacle of the early novel. I love it, and you should too.