Under the Glass.... One - Squared Circles 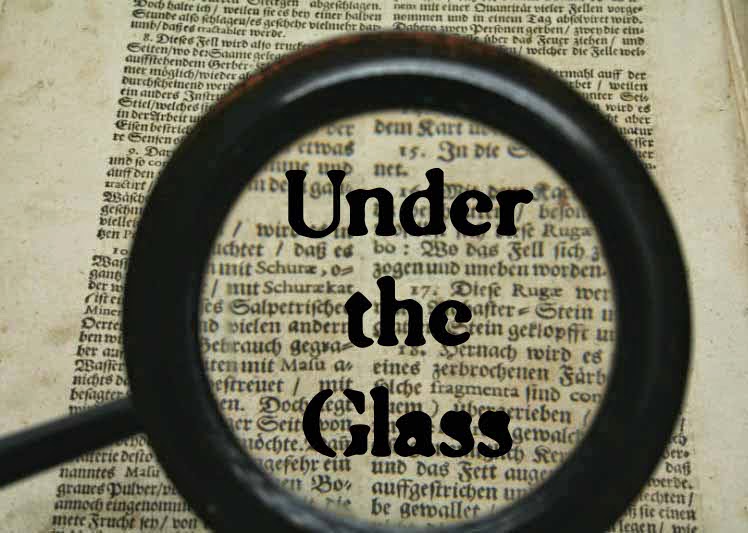 This is going to be a new little feature where I take a close look at a line/scene/chapter/fragment of some work. 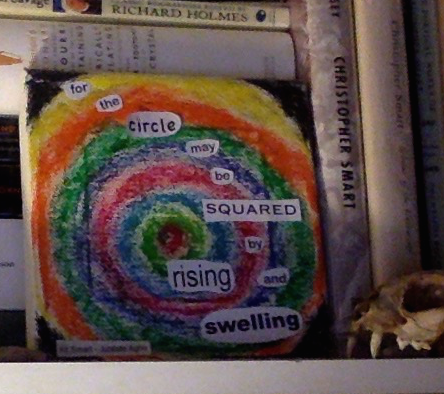 'For the circle may be squared by rising and swelling.'

Like a lot of the poem, this seems to mean very little, but it struck me one day that this may be one of the keys to the whole poem and Smart's attitude in general. It's also an attitude that appeals to me.

Squaring the circle was a phrase already in use in the eighteenth century to mean an impossible task. Ancient Babylonian mathematicians asked how a circle could be made into a square of the same area using a finite amount of movements.

Ancient Greeks pitched in, with Anaxagoras and a few Hippocrateses leading the fray. Aristophanes laughed at the notion. Later on, so did Lewis Carroll. It was finally proved to be impossible in 1882.

But not for Christopher Smart.

He's got a winning combination of wilful ignorance and enlightened playfulness on his side. Like Jeoffrey, he mixes gravity and waggery. He cuts through the nonsense, the faffing with pi and compasses and set squares. He forgets the need for finite moves and detailed little drawings of circles becoming squares. To him, the answer is easy; take yer circle, rise it and swell it, bosh - there's a square.

And in one sense, he's right. Imagine a circular ring of elastic-plastaciney stuff, all you need to do to make it a square is to rise and swell it. Push it this way and that, pushing out the roundness into squareness. It's a totally practical solution.

In another sense, it's complete rubbish. It's glib, flip and totally tone-deaf to the manner the problem has been set and should be solved.

But in another, it does kind of work, much like Alexander the Great solving the Gordian Knot by chopping it off. It makes the problem a non-problem.

It's this tension, a kind of stupid-intelligence built upon a sense of playfulness and an ignorance of boundaries that defines Jubilate Agno and a whole bunch of Smart's other works and actions.

I think the phrase could be used as a mantra in all sorts of seemingly hopeless situations. Sometimes we all have situations that feel like squaring a circle and sometimes we need to remember that all it takes is a bit of rising and swelling. (Innuendo of your own making.)

Email ThisBlogThis!Share to TwitterShare to FacebookShare to Pinterest
Labels: Smart Season, Thoughts, Under the Glass