Review: The Governess or Little Female Academy by Sarah Fielding

The cover sleeve and introductions make large claims for this book, written by Sarah Fielding in 1749. It calls it the first school novel, the first educational book and the first children's novel in English. I am not convinced it is a novel, there isn't enough plot or general happening for that.

The plot, such as it is, is about a school on nine little girls who have an argument and a fight over a basket of apples. As part of the reconciliation they takes turns to read a tale each, discuss it and then to give their life story up to that point, paying particular attention to their previous faults. Thus allowing the reader to hear a number of fairy tales and fictional life stories of petty vice.

All if the tales and life stories have one didactic aim, to encourage the readers, young girls themselves, to achieve true happiness through moral conduct. Good conduct being a control and grounding of one's own bad feelings and an empathetic partaking in other's pleasures. It has a very Johnsonian bent, that happiness will never be achieved through a person's ambitions or wealth but in the ease they have in their own company and the company of others.

The point is not subtly made and re-inforced by repetition but to be honest, it was a message I needed to hear. Since starting this crowdfunding for 'Death of a Dreamonger' my mood has been completely and utterly linked to the small box on the website that records pre-orders. Delighted when the figure goes up and distressed when it stays the same. My happiness has been completely out of my control and in other people's hands. I have grown unable to appreciate those who have ordered or the phenomenal support I have received from family, friends and acquaintances. So I enjoyed the message in the book and am trying to take it to heart.

Although there isn't much of a plot, the characters, though simply drawn, are engaging. I grew quite tired of Sarah Fielding's 'David Simple' and put it down half-read but in this book she has such a choice for the telling detail that many of the little girls came to life.

Sukey was one of my favourites, she was a sparky, feisty girl who fights and argues because she doesn't want people thinking she lacks spirit. I also liked Polly Suckling, the youngest one, whose main job is yo say or do whatever would be cutest at that moment - sort of like Mara Wilson in Mrs Doubtfire but without the annoying lisp.

Jenny Peace, our heroine was not a very good character though. Her moral perfection, mildness and goodness made her a rather dull and unengaging person to follow. As for The Governess herself of the title, Mrs Teachum, she had some progressive pedagogical notions which would not have been out of place in a modern primary school. I bet she was the teacher everyone hoped they would get. Though I was uneasy about the closeness of the name Teachum and that of Peachum.

This book is very safe. It's very nice. It's polite and well-mannerd and passionless. It teaches pleasantness and mildness - and sometimes that is a good thing in a book. Though as much as I enjoyed it, I'm reading Sweeney Todd next.

For my own, possibly moral but not very mild book, order here.. 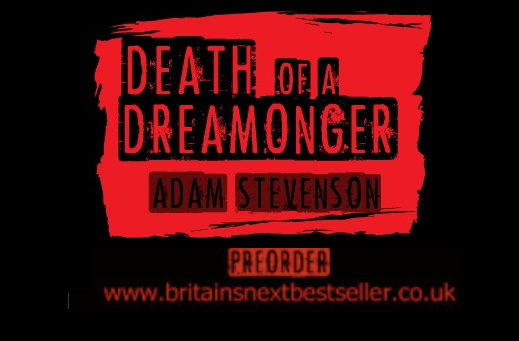 Just because I don't want the sales of it to dictate my mood, doesn't mean I don't want people to get it.
at 20:49