Last week, it would have been Samuel Johnson's 304th birthday and to celebrate, I'm going to run through a few biographies of the man, there are hundreds of them so I am only going to deal with the ones I have read. 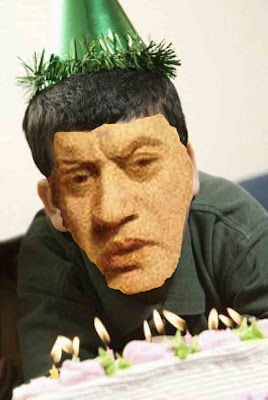 This deals with Samuel as a tortured soul but also includes many of my favourite anecdotes. The book is particularly interesting to read as a comparison piece to Boswell's as she has a different point of view to some of the familiar stories but also tells about great chunks of Johnson's domestic life with the Thrale's that Boswell was not privy to. The irritating element of this book is that it seems to be largely about the self-aggrandisement of Hester Thrale-Piozzi and from the faux-humble preface on, I found her tone to be extraordinarily irritating. I found 'Dr Johnson by Mrs Thrale' edited by Richard Ingrams a far more enjoyable read. These took the anecdotes of Johnson as they were originally written in her diary 'Thraliana' and without the sheen of the polished work, the anecdotes are more lively and interesting.

This is a big hunk of book. I read the everyman unexpurgated version and it is probably the only book I would ever recommend in it's abridged form. There are difficulties with the spread of the information, the first third take place in the 50 years before Boswell met him and the rest of the almighty doorstop took place after. Boswell included almost everything he could get his hands on, even letters from Johnson to his printers, discussing the size and type that his works were to be printed it. Boswell also uses the life of Johnson as a window to discuss his own brilliance and at times to seemingly impose his own views on Johnson.
That being said, it's size and comprehensive accumulation of anecdote, letter and review with huge dollops of remembered conversation and a little psycho-analysis thrown in as well, make this an extraordinarily moving read. My benchmark of a biography is if I missed the subject after the biography has ended and I certainly did with this. Johnson Biographies seem to have the power of bringing a tear to my eye anyway but I was certainly choked up at the end of Boswell's book. Although it pushes the comfortable, confident side of Johnson in his latter years, owning the floors of London Clubs with authority, there is still something of the heroic struggle which Johnson fought his fears and demons. The following extract about this fight that was always going through Johnson's mind is one of the reasons I love him and one of my favourite quotes in literature.

"His mind resembled the vast amphitheatre, the Colisaeum at Rome. In the centre stood his judgement, which like a mighty gladiator, combated those apprehensions that, like the wild beasts of the Arena, were all around in cells, ready to be let out upon him. After a conflict, he drives them back into their dens; but not killing them, they were still assailing him."

A big jump in time from Boswell to Bale, but I haven't read any of the Victorian treatments of Johnson, mainly because the Victorians irritate and bore the hell out of me.
This book is wonderful, utterly my favourite Johnson Biography and I have read it a few times now. It takes risks in adopting a more psycho-analytic approach to Johnson and makes efforts to explore how Johnson thought and felt. Of course this is an impossible task and I am sure the book is wrong in many ways but the effort and sheer emotional connection between Bale and his subject make this biography absolutely thrilling and moving. I may have had a tear in my eye with Boswell but I had a sob in my throat with Bale. My favourite chapter is the one that deals with Johnson's humour and he used it throughout his life and how it informs much that has been said about him. It is one of the most readable accounts of humour I have ever read and also one of the finest accounts of humour in one personality. Were someone to ask of one biography of Johnson to read, I'd recommend this one straight away.

This book stands out because it was written by a poet. Bale may have had a real feel for the man (accurate or not) but it is Wain who delights in the language. This was the most recent biography I have read and so still have some of my notes about it.
I was struck most about his thoughts about two women in Johnson's life; his mother and his wife Tetty. In no other book is Tetty so sympathetically drawn and described, she usually has a place as some ghastly hag in a house in the country somewhere or in bed drunk but Wain draws her as a human, describes how Johnson may have loved her and she him and finally looks at his deep mourning for her in relation to the guilt he must have felt in letting her down. The second woman who gets more mention in this book is Johnson's mother, who he draws as a nagging, disappointed woman, who's difficulty to please haunted Johnson his whole life. I have to admit I was left wondering more about Wain's relationship to his mother than Johnson's.
Wain also flings a good phrase; he describes Rasselas as a dragonfly, 'a purposeful and powerful body moving on wings of gauze'. I was also struck by his description of Johnson as a 'heroic caryatid' for his lexicographical efforts.

A short book that looks at Johnson through the lens of his dictionary. Each chapter takes a word and uses it to run through Johnson's life and personality. It is very good at exploring the difficulties and processes Johnson went through to make his dictionary but manages, in a very slim volume to give a clear view of the contradictions that make him so endlessly fascinating. This is the book to recommend to the newbies.

One of the newest biographies of Johnson, released to mark his 300th birthday was a thorough running through of Johnson's life and recap of the new Johnsonian myth, which includes his depressions as well as his bon mots. I found this an oddly dispassionate book, a nice careful telling of the story but I didn't feel any real connection between biographer and subject. I'd give it a miss.