An introduction to the chief female protagonist of Odes to the Big City, Polly Gold. A Votary of Venus residing near Covent Garden and one of the only characters with any common sense. This is here introduction (which interrupts a scene where the main character, Sidney is suffering from food poisoning). 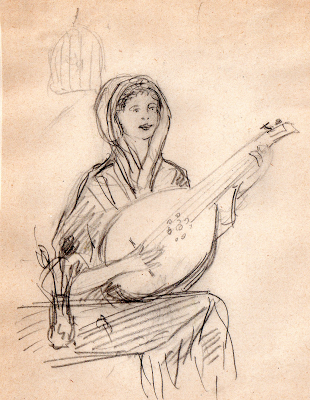 "As much as it may halt our proceedings to tear ourselves away from the scene at hand to focus on the appearance of Polly Gold, I feel that it is necessary. In a chapter such as this that deals with such ugly and malodorous events, it may be pleasant for our reader to take a little time to enjoy the beauty who has just entered our scene. Polly Gold was lithe and willowy, of unusual tallness so that she stood a good few inches above our hero. Her head was crowned with hair that fully complemented her name for it was not just a yellow or blonde but was tinted with a reddish hue that meant that it was truly gold. Her eyes were blue; soft, expressive and quick to smile. She was such as person that smiled in her eyes with more frequency than she smiled with her mouth. She was not just a beauty but beauty itself radiated out of her like the Sun, a common comparison but one that perfectly described the effect she had. It wasn’t just that she was lovely, it was that she conveyed lovliness on all the things she touched and lightened the air of all she stood near. So, as our dear reader imagines the events ahead, they can imagine it with a touch more beauty than they otherwise would have, even this one." 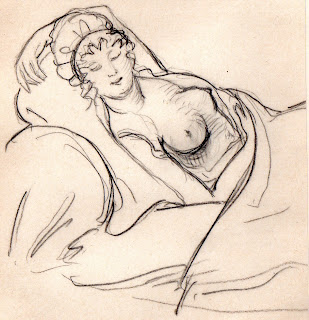